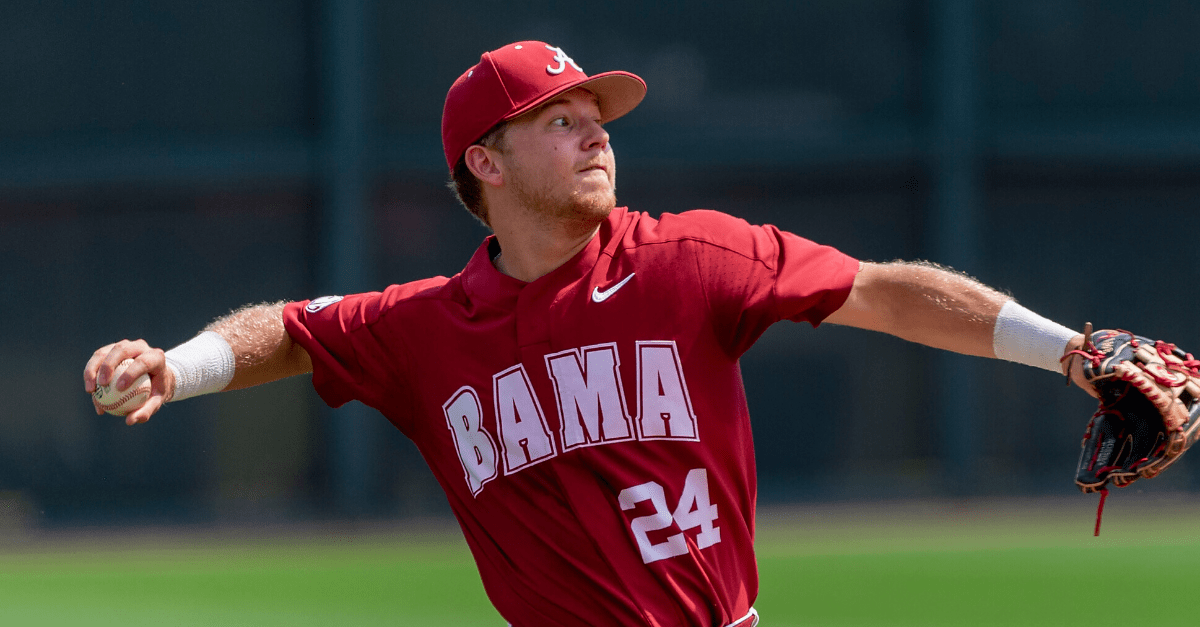 Alabama baseball has nowhere near the prowess the school’s football program has. Nick Saban built the University of Alabama into a championship-winning, NFL-pick-producing empire in Tuscaloosa, while the Crimson Tide’s baseball team hasn’t been to the NCAA College World Series in 20 years.

The Crimson Tide boast one of the most exciting freshmen in the country in Canadian slugger Owen Diodati, who is putting the rest of the SEC on notice. Ace Connor Prielipp, also a freshman, has yet to allow a run and seemingly strikes out everyone he faces.

Oh, and Alabama is off to a scorching hot start this season.

Alabama is 12-0 to start the season, marking the second-best start to a season in school history. The 1997 squad won 15 straight to open the season, won 56 total games and finished as the CWS runner-up. Alabama is also now ranked No. 25 in the USA Today Coaches Poll for the first time this season.

The Crimson Tide’s hot start is also the best under head coach Brad Bohannon, who took over the program in 2017. Last year’s team started out 9-0 and finished the season 30-24.

“This was just another really good win for us today…I’m glad to get the win, glad to get the sweep, and I’m excited to continue to move forward with league play around the corner,” Bohannon said in a release.

The most head-scratching name left off was @owendiodati, I sent him the article and his response was simple “Just wait and See”

Diodati and Prielipp have led the way despite being youngsters, but the Tide’s depth has shown all season long.

Alabama’s pitching staff has been lights-out as well. Led by Prielipp, Connor Shamblin and Antoine Jean, the ‘Tide has posted a 2.58 ERA and 123 strikeouts through 12 games.

Seriously impressed by @AlabamaBSB freshman Connor Prielipp. Phenomenal poise and confidence on the bump. Sitting 93-94, touched 95 and has breezed through his outing so far. Lights out breaker down. @PGCollegeBall pic.twitter.com/aPaFQhfvdm

Alabama has breezed through the early part of its season.

Alabama has taken series against Northeastern and UNLV, as well as games against Alabama State, UT-Martin and Middle Tennessee. Looming are teams like North Alabama, South Alabama, Lipscomb and UAB.

SEC play doesn’t get going until mid-March, when the Missouri Tigers come to town for a series at Sewell-Thomas Stadium. A stretch of conference teams like Arkansas, Auburn, Kentucky, Tennessee, Texas A&M, Vanderbilt, Mississippi State, LSU and Ole Miss will ultimately prove how good the Alabama Crimson Tide really are.