Stop me if you're heard this one before. A baseball player steals second, then third and finally completes their trip around the bases by stealing home. You may think I'm talking about Rickey Henderson, Jackie Robinson or even Billy Hamilton in recent MLB seasons. Heck, the New York Mets used to refer to a single and two stolen bases as a José Reyes triple.

But today, we're talking about Ole Miss second baseman Peyton Chatagnier, who performed one of the rarest baseball feats of all time. 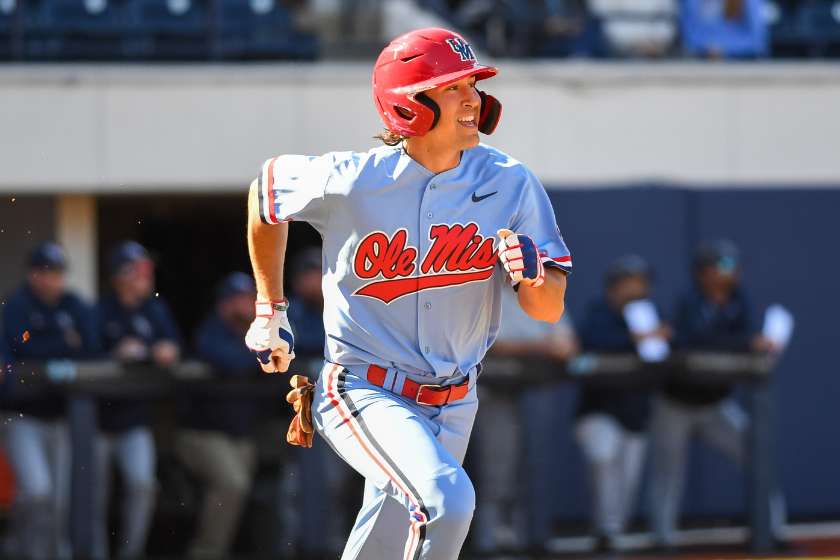 In an early-season matchup against the Alcorn State Braves, Chatagnier found himself on first base with two outs in the bottom of the second inning, after ASU pitcher Jamal Green gave him a four-ball free pass. With Green on the mound and two outs already up against him, Chatagnier took a big lead towards second. Ballplayers will tell you that with two outs and a runner on first, Green should've focused on the hitter at the plate. But baseball is not a game where you can always rely on old tried and true methodology. Looking to get out of the inning sooner rather than later, Green fired to first in the hopes of picking off the Rebels' second baseman.

In a pregame tweet, Chatagnier quoted Revelation 3:8, summarizing the Bible verse in a single sentence. "As long as you wake up, the door for opportunity is still open." In this moment, in this game, he was ready for an open opportunity.

Peyton Chatagnier takes off for second base without hesitation. Alcorn State's first baseman relays the pickoff attempt to his shortstop, but the throw is too high. Chatagnier is safe at second.

With only a millisecond to catch his breath and dust himself off, our hero looks up and sees third base unoccupied. With the hot corner unmanned. wide open, ready to be stolen, he made his move. Without a second thought, Chatagnier bolts for third, speeding by ASU's third baseman in the process. With third base unprotected, and the ball in their shortstop's hand, Alcorn's catcher sprints towards third base, hoping to catch Chatagnier with his hand in the cookie jar.

But it's too late. Chatagnier beats the tag at third and takes off for home, easily swiping the plate and completing one of the wildest trips around the bases you'll ever see.

What makes this whole situation even stranger and more insane is that in all of his 56 games for Ole Miss in 2021, Chatagnier stole a whopping ZERO bases. Prior to the game in question, Chatagnier had a single stolen base to his name this season. Imagine tripling a statistic in less than a minute. That's college baseball for ya!

The Ole Miss Rebels Were Not Done Yet, And Still Aren't 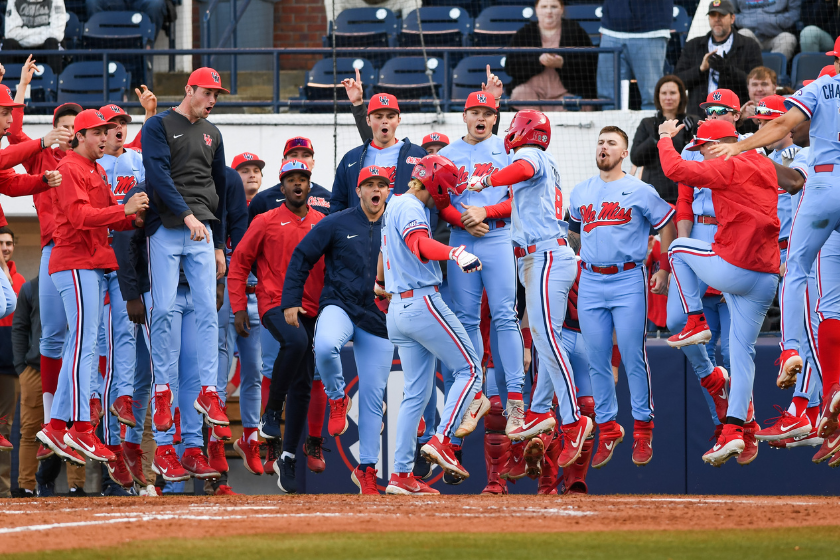 Ole Miss, did not take their foot off the gas following their second baseman's trip around the base. The Rebels put up 16 runs against Alcorn State, who were kept quiet by Jack Washburn and the Ole Miss staff, with the exception of a first-inning home run.

Even Chatagnier got into the fun in the later innings as well, smashing a two-run home run. After taking the hard way around the bases earlier in the game, we're glad to see Peyton getting a chance to enjoy his well-worn path around the diamond at his own pace.

For the rest of the season, the Rebels stayed even-keeled and finished unranked with a 16-13 record. They were bounced out of the SEC Tournament in their first game against Vanderbilt, but have yet to lose a game since. Through the Regionals and Super Regionals, Ole Miss has remained locked in dispatching solid teams like No. 6 Miami and No. 24 Auburn.

If Ole Miss can keep up their winning streak in Omaha, it's possible that the tenacity we saw from Chatagnier's two-bag swipe wasn't just a one-time thing. Perhaps Ole Miss has more magic up its sleeve.