There are just some dynasties that are untouchable. Nick Saban's Crimson Tide. Michael Jordan's Chicago Bulls. Derek Jeter's New York Yankees. You get the point.

Dynasties like that are harder to build in college baseball, a sport in which there is tons of parity and anything can happen in any given game. Just look at this year's Tennessee Volunteers squad; one of the best teams of all time fell short of Omaha, proving any school can end up on top.

Winning back-to-back national championships is hard enough. South Carolina (2010, 2011) and Oregon State (2006, 2007) are the last schools to pull that off. But what if I told you (cue the "30 for 30" voice) there was a team so incredibly dominant that it won five straight titles? There's a reason the USC Trojans are college baseball's all-time best program, and it started with a legendary coach in the 1970s.

How USC Once Owned College Baseball

On Sunday we get to honor an all-time great Trojan squad! The 1970 College World Series champs will be back at Dedeaux for the 50th anniversary of their NCAA title and will be recognized prior to the game against UCLA. Get there early to check out some Trojan legends!#FightOn pic.twitter.com/mx7DsmxFJM

Fifteen innings. That's how long it took for USC's baseball team to win the College World Series over Florida State on June 18, 1970. It would become the first of five in a row for head coach Rod Dedeaux, a remarkable record that won't ever be broken.

So, how was something like that possible? The first reason is talent. The 1970 team was a good example of that. There was Dave Kingman, the 6-foot-6 slugger who went on to hit more than 400 home runs in the majors. There were pitchers like Jim Barr, who pitched 12 years in MLB, and Brent Strom, who also spent time in the bigs leagues. Steve Busby was also hurling fastballs for that USC team before he threw two no-hitters for the Kansas City Royals.

Throughout the five-year run, USC trotted out players like nine-time MLB All-Star Fred Lynn, Roy Smalley, Rich Dauer and Steve Kemp. Heck, years later in the 1980s USC featured both Randy Johnson AND Mark McGwire on the same team. It sure doesn't hurt recruiting along the West Coast.

The second reason can be credited to one man: Rod Dedeaux.

There is No Dynasty Without Rod Dedeaux 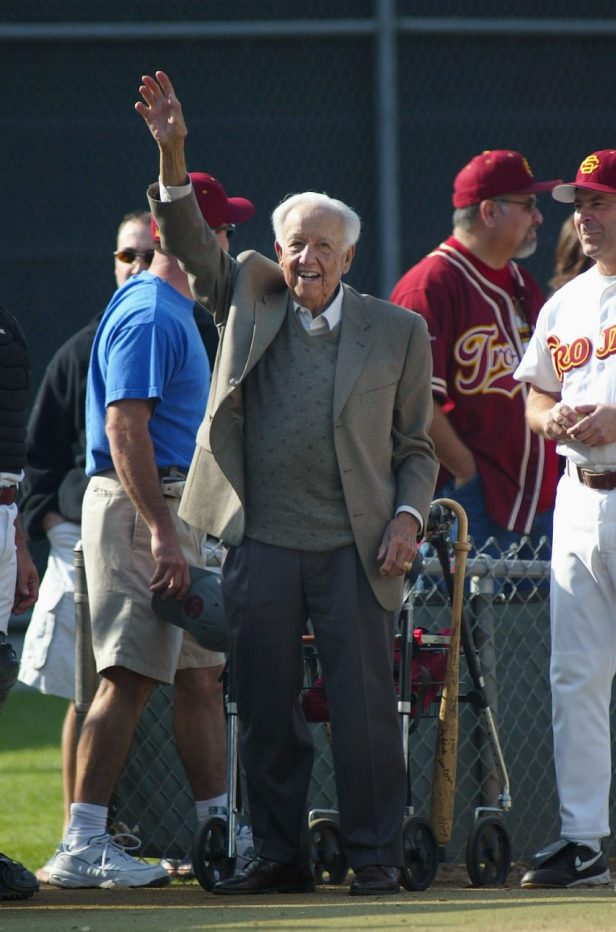 I'm not ever sure where to start with explaining Rod Dedeaux. The best way, in my opinion, is with the fact that he accepted just a $1 salary to coach USC for his more-than-40-year career. He founded a million-dollar trucking company called Dart Transportation, Inc. that supplied him with enough money.

He was there to do one thing: win baseball games. And that he did. Dedeaux's five-peat wasn't even half of his titles. He won 11 national championships, 28 conference championships and 1,332 games, and he was the winningest coach in college baseball when he retired after the 1986 season.

At the CWS is where really excelled. He won 60 games in Omaha, more than any other coach in history and basically a full season's worth. He also co-head coached USC to its very first title in 1948. If you cut open a vein of his when he was coaching, there's no doubt it would bleed gold and cardinal.

He was a giant in the game of baseball. Outside of his career at USC, he also coached the U.S. Olympic team in the 1984 Olympics in Los Angeles, winning silver. He even served as a consultant for the movies "Field of Dreams and "A League of Their Own."

"You'll never, ever, in our lifetime see another Rod Dedeaux," former Dodger manager Tom Lasorda said. "John Wooden was the greatest at what he did for UCLA, and you have to put Rod Dedeaux on the same level. He did for the baseball program at USC what Wooden did for basketball at UCLA. He made it a dynasty."

Will We Ever See a Dynasty Like This Again? 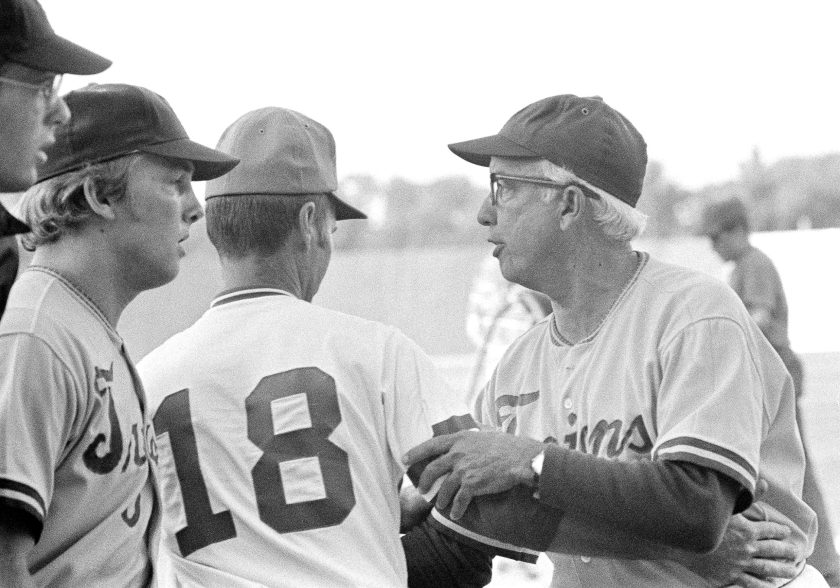 No other team has even won three in a row. I can't stress enough how hard winning five in a row is. This isn't the NBA, where you can just sign the best players and create a dynasty out of thin air. College baseball is a complete toss-up. All it takes is for one pitcher or one hitter to get hot, and any team can win.

Even if you consider a recent team like Vanderbilt close to a dynasty, they're nowhere near USC's level. And look at Virginia's title in 2015 was remarkable for the fact that it lost 24 games that season, the most of any national champion...ever. If that doesn't tell you how unpredictable this sport is then I don't know what does.

USC's last trip to Omaha was in 2001. It's been through five different head coaches during that period. History tends to repeat itself, so don't be surprised if the Trojans rise from the ashes one day.