If you consider yourself an avid college basketball watcher, you should be aware that flopping has been a massive issue in the sport for years. As far as the NCAA is concerned, flopping is defined as an "unsporting act that occurs when a player attempts to influence an official's judgment by creating an appearance that a foul has been committed when there has been incidental or no contact." Take jump shooting for example. It's fairly common for players to instantly fall to the floor after launching low-percentage jumpers.

Yes, it's true that shooters will experience lucky bounces occasionally, but about 90-95% of the time, they will be able to anticipate misses by following the trajectory of the ball. So, instead of staying upright and finishing the shooting process or even racing after the ball once it clanks off the rim, many try to fake their way into two-to-three easy points at the free-throw line. In other words, they believe their theatrics could help bail them out if they go the extra mile.

However, five months before the start of the 2022-23 season, the NCAA made a rule change that'll intrigue college basketball fans around the country. 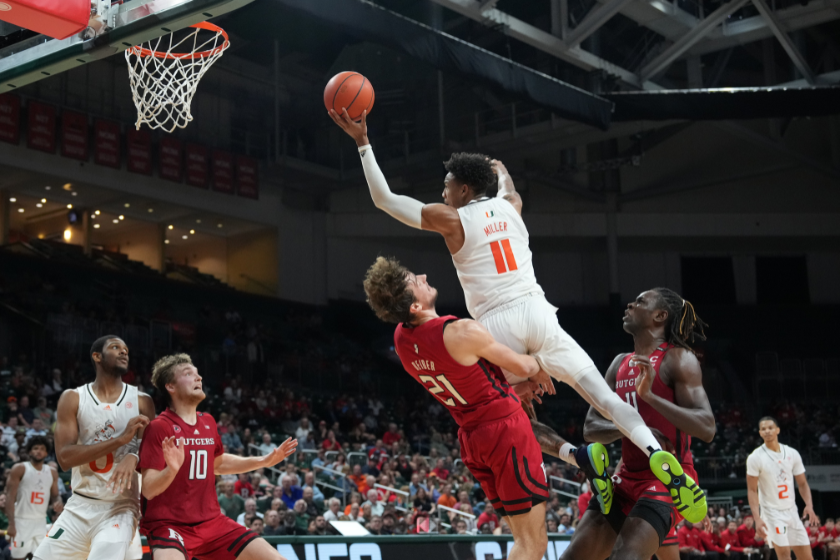 RELATED: NBA Changed Its Travel Rule, But It's Still Not Perfect

In the past, players who felt the need to flop would receive a warning after getting caught. On June 9, 2022, the NCAA Playing Rules Oversight Panel agreed to give referees the power to hand out Class B technical fouls to obnoxious floppers. Now, what happens when there is slight contact initiated by an undisciplined offensive/defensive player -- or contact that isn't incidental? Well, in that case "officials will be asked to judge whether the player's physical reaction to the contact with another player is consistent with what would have been expected, given the force of the contact. When the reaction is not consistent, the player is most likely exaggerating the nature of the contact in an attempt to gain an advantage, and flopping has occurred."

Alright, so if you're still a little lost, imagine you're witnessing a team scramble as the shot clock begins to trickle down. In a last-second desperation effort, that team's most skilled offensive player calls for the ball and attempts to take his defender off the dribble. After realizing that his defender beat him to his desired location on the court, the offensive player lightly extends his left arm to create some space for himself around the rim. In cartoonish fashion, the defender throws his head back and launches his body toward the baseline. His teammates then watch him slide across the floor for a few seconds before offering to bring him back onto his feet.

Was there enough contact to cause the defender to stumble during the play? Absolutely, but are you seriously telling me that the defender had no choice but to go flying in the opposite direction? Well, I certainly hope not because then you would be condoning flopping in order to gain a leg-up on the opposition. The same concept applies to ball-handlers who find themselves being hounded by hard-hedging big men. I comprehend that hip checks can be frustrating to endure at the top of the key, but unless they are undeniably egregious, you shouldn't have a problem making your next move on the perimeter. If you choose to give up on the play and relinquish the basketball while taking a seat on the hardwood, just know that a severe consequence will follow.

Essentially, referees want to ensure that players' body movements are natural when they get bumped or pushed in the half-court and/or transition. After all, you're competing in a basketball game, not putting on a show at your local theater. Once referees recognize that you're more interested in selling them on your performance than playing basketball the correct way, a technical foul will be tossed in your direction.

What Could Possibly Go Wrong? 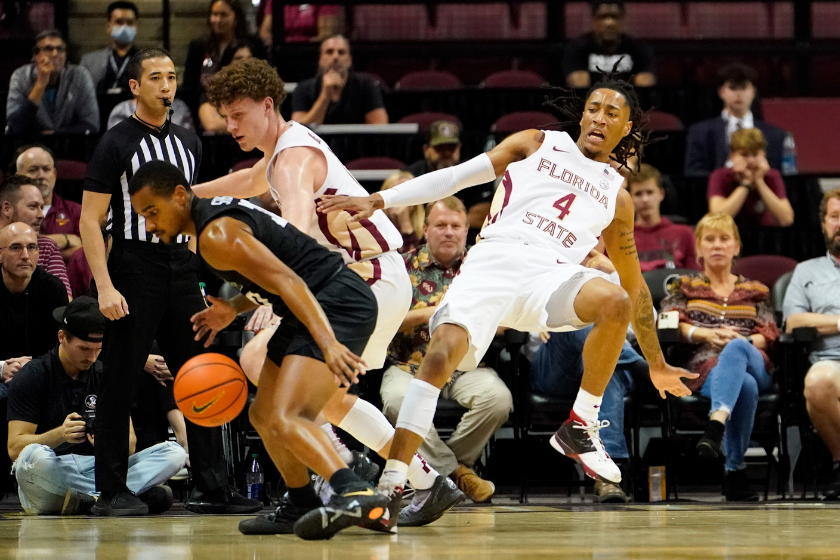 I genuinely believe this new rule will send a loud message to players who are used to playing tricks on referees. If you make the decision to disrespect the game of basketball by flopping, you'll have to watch as your opponent steps to the charity stripe for one foul shot. If the rule sticks around for a while, it could even be beneficial to high school players who are masterful manipulators. At that level, you can act your way into fouls if your creative juices are intact, but the unnecessary clownery will result in an extreme wake-up call at the college ranks.

However, we do have to take a moment to discuss a notable con attached to the rule. As great as the 2022-23 flop rule is, in my opinion, I don't like the fact that referees can't stroll over to the monitor and confirm that their eyes didn't deceive them. When it's blatant (like it is most of the time), referees should feel confident about the call they made on the floor. When they're dealing with more of a "bang-bang" situation, there's always a chance that they could make a costly error. With potential flopping incidents being non-reviewable this year, you may see some blown calls every now and then.

Take a look at this clip from a Nov. 7 contest between Long Beach State and California Baptist.

With a little over seven minutes remaining in the first half, Long Beach State guard, Joel Murray, completed a dribble handoff at the free-throw line and tried to turn the corner. Unfortunately, he was stopped in his tracks before he could get a paint touch. Three-seconds later, Murray accidentally stepped on the foot of his defender and hit the deck with him simultaneously. Without hesitation, the referee whistled Murray for a flop and gave California Baptist one free-throw attempt on the other end. Luckily for the Beach, they were able to overcome this mini-travesty and pull-out a 79-64 road-victory over the Lancers.

For the sake of this exercise, though, let's pretend that Long Beach State and Cal Baptist were locked in a 78-78 tie with five seconds remaining when that call was made. There's no doubt that Beach fans would be irate after glancing at the replay on the Jumbotron (or watching it online), considering that Murray had no choice but to go down once the collision occurred. That's just a typical basketball play if you ask me, and I'm sure that the referee made that same observation after the game, but he didn't have the option of fixing his mistake at that moment. Without having the ability to bring timely reviews into the equation, there will be an unbelievable amount of pressure on referees to be perfect in crunch time (which simply isn't realistic under any circumstance).

All in all, I am in favor of the new flop rule in college basketball, but I also understand that it could ruin high-level games throughout the season. I suppose the NCAA is willing to take the risk to effectively remove flopping from the collegiate game. For the time being, all we can do is wait and see if this rule change proves to be a tremendous success or a colossal failure.

MORE: L is for Louisville: The Cardinals Are in Deep Trouble, And They May Not Realize It