Disgraced coach who was caught up in a murder scandal has, stunningly, found a new job 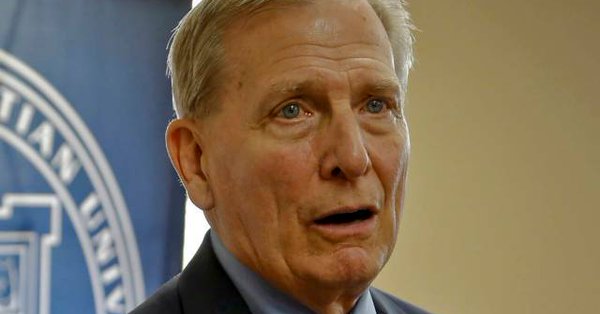 A high school in Las Vegas has hired a coach with  an enviable resume — and, at best, a sketchy past.

Bliss, now 73, has more than 500 wins at the Division 1 basketball level., with stops at Oklahoma, SMU, New Mexico and Baylor. It’s  his Baylor resume that’s troubling. He was at a center of scandal at Baylor during his tenure, which lasted from 1999-2003. He admitted to paying a portion of  the tuition of two of his players, and attending a pick-up basketball game of a star recruit — both  violations of NCAA rules.

But Bliss was caught in a despicable lie. When one of his players, Patrick Dennehy, was killed, he made up a story that the slain player was dealing drugs in an effort to pay his tuition. Dennehy was murdered by a teammate, Carlton Dotson. Dotson pleaded guilty and is serving 35 years in prison.

The Superintendent of Calvary Chapel Christian School, John Trevino, had this response when asked about the hire, according to the Review-Journal: ?First Timothy 1:15.?  The verse reads:  ?This is a faithful saying and worthy of all acceptation, that Christ Jesus came into the world to save sinners; of who I am chief.?

September Wilson, a coach and teacher at Calvary Chapel, said she did her research on Bliss and encouraged others to do the same. She told the Review-Journal:

?There?s a great documentary he?s put out there on his testimony, and that is the one thing everybody needs to see right now. That he?s a man of Christ,? Wilson said.

The documentary she refers to is, apparently, Disgraced, in which Bliss was caught on camera repeating the lie about Dennehy. He soon after resigned as head coach of Southwestern Christian.