There's far more to college sports than just college football (and to a lesser extent college basketball). Though NCAA women's sports have a far briefer history than men's, owing to an extremely stupid "sports are for dudes" policy up until the passage of Title IX in 1972, there's been plenty of star power in women's college athletics since those programs really got going.

Only basketball programs feed a true American team sports league in the WNBA, but the rest of the myriad women's college programs -- golf, gymnastics, tennis, swimming, water polo, field hockey, lacrosse, softball, volleyball, soccer, track and field -- produce more than their fair share of stars, especially on the international stage with the Olympics. You know a lot of their names: Jennie Finch, Katie Ledecky, Tamika Catchings, Diana Taurasi, Kerri Walsh-Jennings, Sha'Carri Richardson -- and you'd probably know a lot more if we gave women's sports more attention. Even if a lot of the best athletes skip college altogether in sports like tennis or gymnastics, there's still plenty of star power.

Here are a few of them. 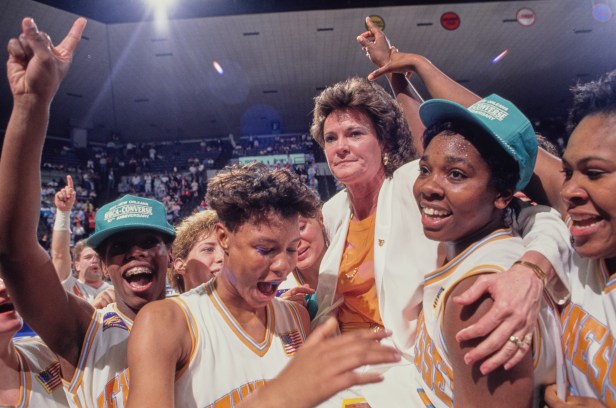 I'm pretty sure I would've been legally required to hand in my poster's license if I didn't include the Tennessee Lady Volunteers on here. Under legendary head coach Pat Summitt, the Lady Vols won eight NCAA championships, making her the second-winningest women's coach in history (we'll get to the first). Under Summitt's leadership, the team produced legendary student-athletes like Candace Parker, Chamique Holdsclaw and Tamika Catchings, and a bitter rivalry with the other truly great women's college basketball program (which we'll get to in a minute). 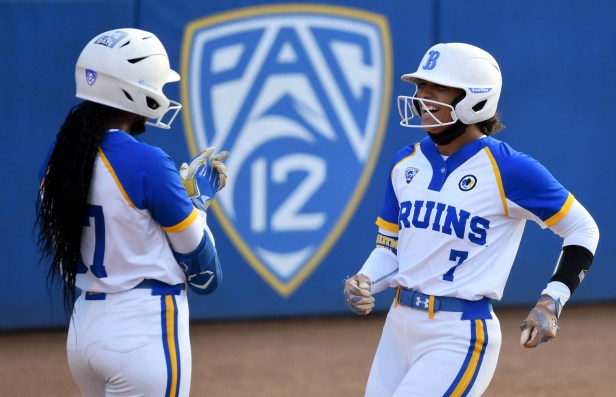 RELATED: Tom Brady's Niece Got Her Star Softball Abilities From Her Mom

It turns out men's basketball isn't the only sport the University of California-Los Angeles has dominated. The UCLA women's softball team has 12 NCAA titles, four more than the college with the next-highest number of championships (Arizona). In particular, UCLA is known for cranking out S-tier pitchers like Lisa Fernandez, Rachel Garcia, Tracy Compton, and the incredibly-named Debbie Doom. 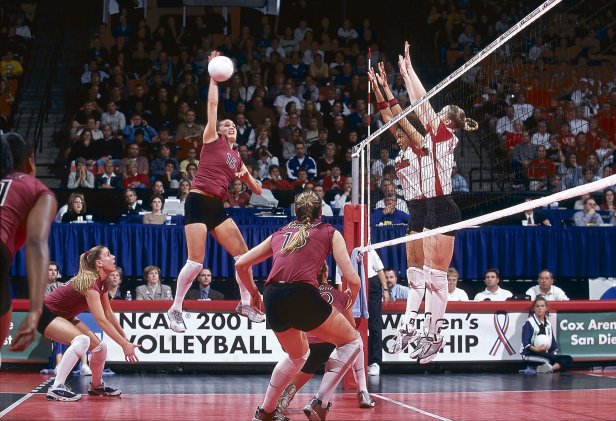 Stanford volleyball didn't start winning titles until the 1990s, but since then, they haven't stopped. Their nine championships are the most of any school, edging out rival Penn State. The school has produced a lot of talented stars, but there are two names on the list that would most stand out among fans of the Olympics: Logan Tom (one of the greatest indoor players ever) and Kerri Walsh-Jennings (probably the greatest beach player ever). 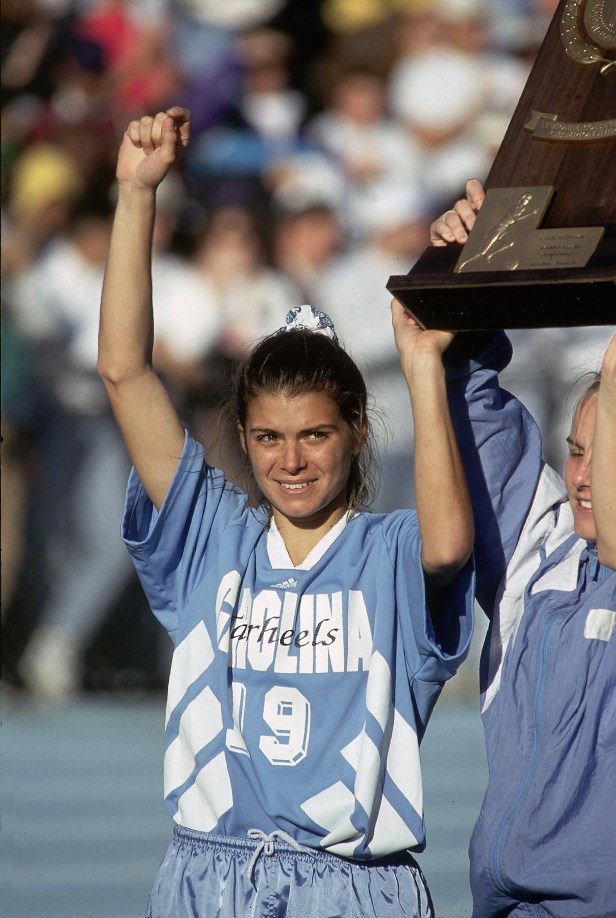 From 1982-2000, the UNC Lady Tar Heels won 16 championships in 19 years. That's not a typo; not even Bill Russell's Boston Celtics teams won that many over such a sustained period. Though they haven't won since 2012 (what a drought, clearly), their 21 national titles still gives them...hold on, I need to check this...yeah: seven times as many championships as the next-closest school (Stanford, Notre Dame, and Florida State, all tied with three). Good lord. There are sports programs, and then there are sports programs. 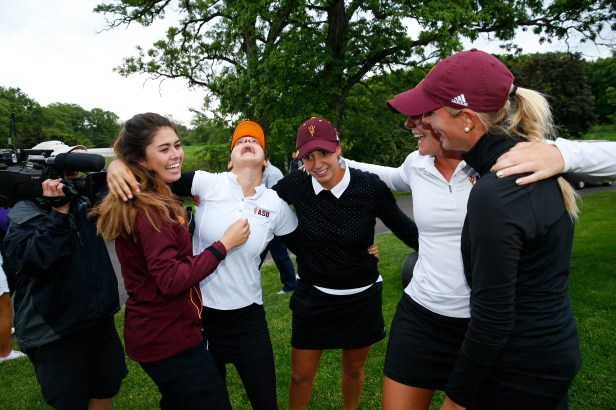 On the one hand, it's true that Arizona State only barely has more golf championships than their closest competitor. On the other hand, their closest competitor is Duke, and I will be dead in the cold cold ground before I give the Blue Devils one ounce of regard more than I am absolutely required to. Their most notable grad is probably Anna Nordqvist, the only non-American woman to win majors in three different decades. 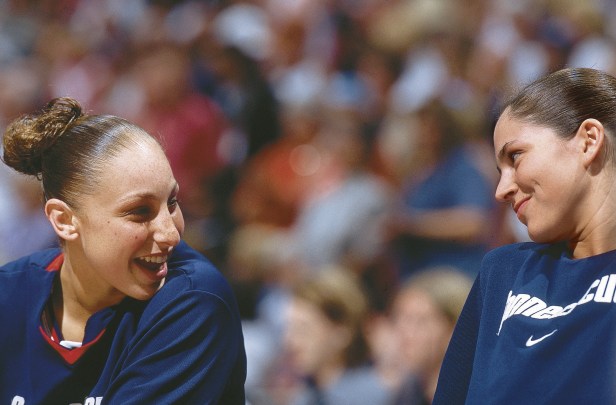 There are times when Geno Auriemma's Huskies teams have felt like the Terminator: inexorable, unstoppable, and utterly ruthless in pursuit of perfection. Just look at the names: Breanna Stewart, Sue Bird, Diana Taurasi, Maya Moore, Tina Charles, Swin Cash, Rebecca Lobo -- it's a murderer's row of some of the best college players in history. In an all-time tournament of women's basketball teams consisting of the best players ever for each school, putting UConn against anyone else would be like throwing the '92 Dream Team against, I don't know, Barbados -- just an absolute bloodbath from start to finish. Auriemma's 11 national championships include six undefeated seasons. All due respect to the great '80s and '90s University of Southern California teams, but when it comes to basketball, UConn stands alone. 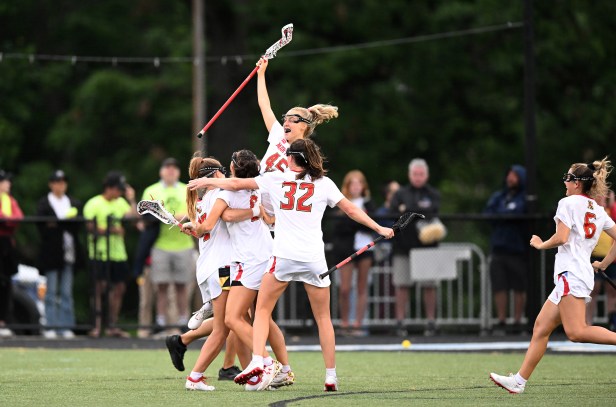 There's one location in women's college lacrosse that matters more than anywhere else, and that's College Park. UMD men's lacrosse is also excellent -- four championships, most recently in 2021, and 12 runner-up appearances -- but it doesn't hold a candle to the women, whose 14 national titles are twice as many as the next-closest school (Northwestern with seven). In a span of 38 years since 1984, they've made 28 Final Four appearances. 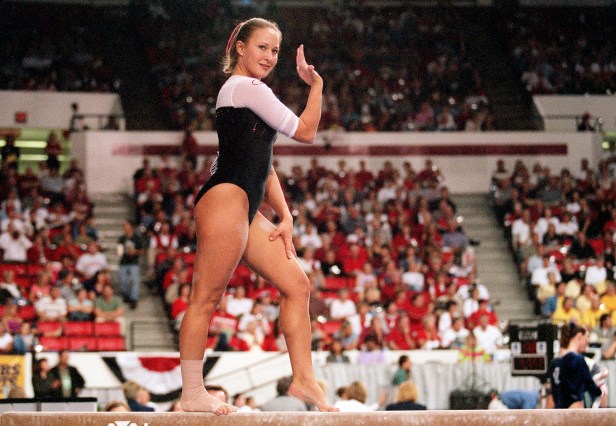 Georgia may only have one more national title than second-place finisher Utah, but unlike the Lady Utes, the Ladydogs (yes, that is what they are called) didn't stop winning titles in 1995. NCAA Division I Gymnastics is a sport dominated by very few universities, even if that's changing with the University of Florida, University of Oklahoma, and the University of Michigan breaking the big four strangleholds of Georgia, Utah, UCLA, and Alabama in the last decade. Of those few schools, Georgia stands alone. 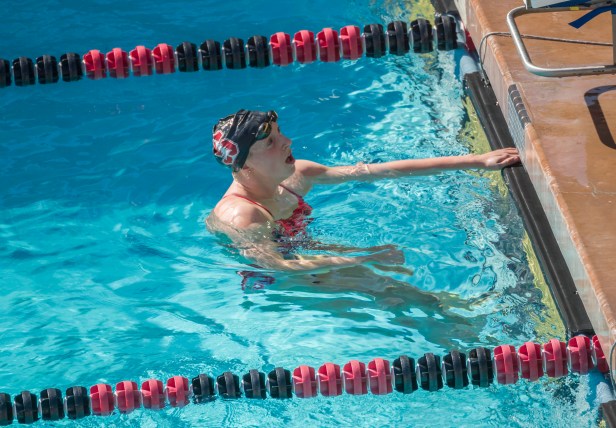 Stanford is the only school to show up on here twice, and honestly, the Cardinal's basketball program wasn't far off the list as a third. Their women's swimming program stands alone, though -- Stanford's 11 team titles are the most of any school in NCAA history. It's not just the team titles, though, that give you an idea; the names associated with the school are just silly. Simone Manuel, Misty Hyman, Janet Evans, Jenna Johnson, Summer Sanders...oh yeah, and Katie Ledecky, only the greatest women's swimmer of all time. 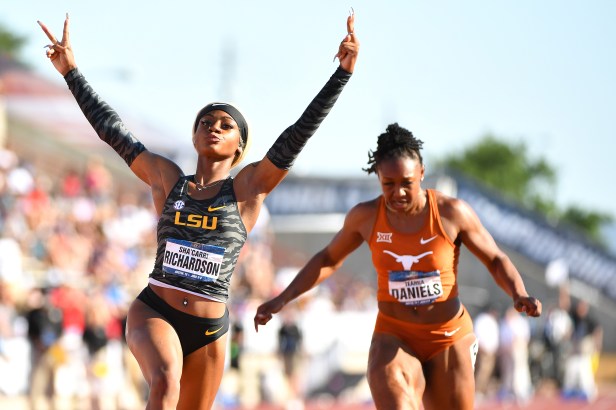 Apart from the Lady Tar Heels in soccer, there's been no women's program in college sports history more dominant than the Lady Tigers of LSU in outdoor track. LSU boasts 14 national titles compared to four for the next-closest schools (a tie between the University of Texas and Texas A&M). Even though they haven't won since 2008, they're still making waves: in 2019, freshman Sha'Carri Richardson broke the 100m women's NCAA record (yes, the same one who wasn't allowed to compete in the Olympics because they still think marijuana is a performance-enhancing drug). 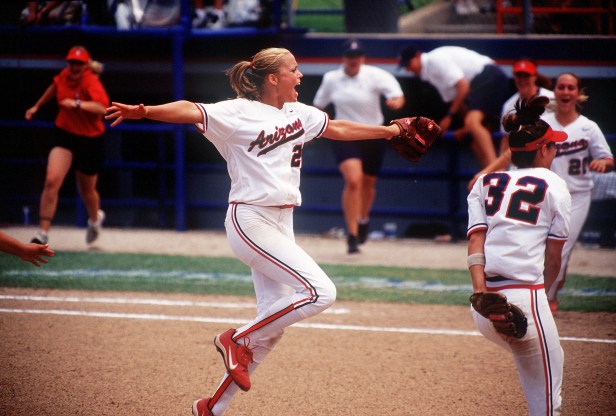 Traditionally, UCLA softball has only had one real rival, and they play in the same conference one state over: Arizona. The Wildcats haven't won a title since 2007, but with eight, only the Bruins have more. They also produced probably the most famous softball player ever: pitcher Jennie Finch.