Miami Flops Again in the NCAA Tournament. Is It Time for a Change? 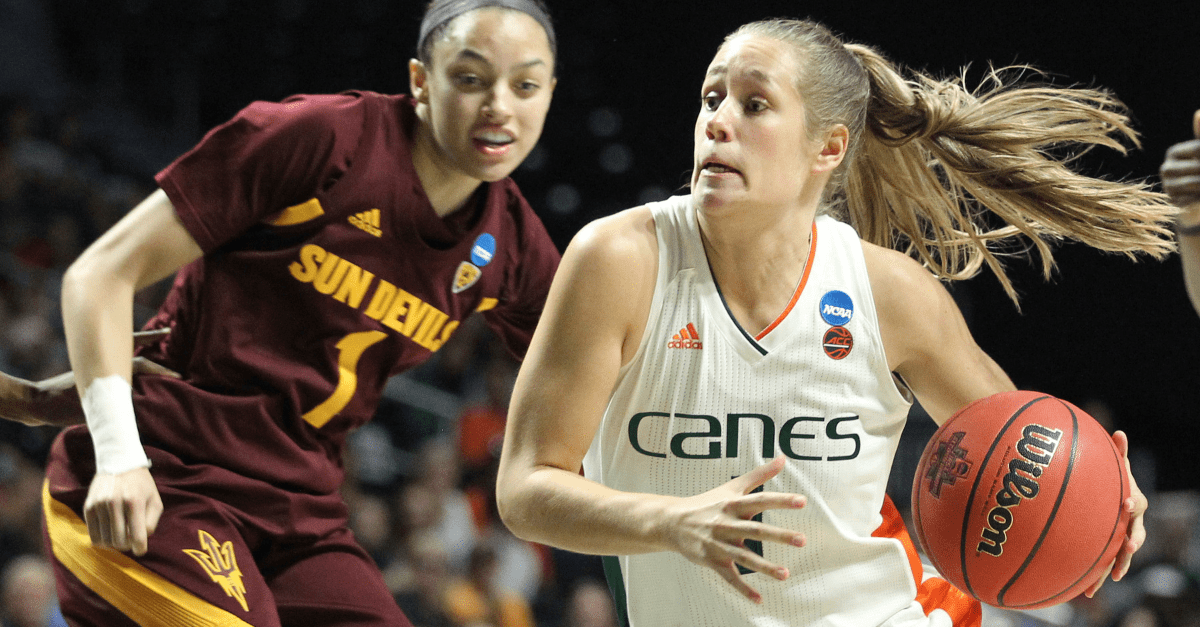 The Miami Hurricanes women’s basketball team had a great season, and they had a chance to do something the program hadn’t done since 1992; make an appearance in the Sweet Sixteen of the NCAA Tournament.

After winning their opening-round game against Florida Gulf Coast, the 4-seed Hurricanes lost to the 5-seed Arizona State Sun Devils. In the 27 seasons since their last appearance in the Sweet 16, the Canes reached the tourney 12 times, but they made it to the second round in just half of them.

With a two-point loss to the Sun Devils, Miami finished the 2018-19 college basketball season with a 25-9 record, the program’s highest win total since 2011-12. They were led to this point by Beatrice Mompremier and Emese Hof, who each broke records this season.

But their season ends with each of them struggling, combining for just 12 points on just 5-of-17 shooting from the field. On the season, they averaged a combined 30.9 points with each shooting above 52 percent, while Hof actually broke Miami’s single-season record for field goal percentage at 58.6 percent.

RELATED: Manny Diaz, Miami are the Bad Boys Once Again, But Will They Back It Up?

Mompremier led the team with 16.7 points and 12.2 rebounds per game, but scored just six points in the final game of the season. She did grab 22 rebounds, but in the second half, she had just two points and seven rebounds. She set the record for her per-game rebounding average and is second for total rebounds in a single season.

Because they played the first two rounds in Coral Gables, it is extremely disappointing to see a team that had the talent to go further in the tournament staying home because they struggled in the fourth quarter. Through three quarters of their game against Arizona State, the Hurricanes led 43-38. But just 12 points in the final frame couldn’t push them to the programs second Sweet 16 in program history.

.@emese_hof shattered the Miami single-season record with a 58.6 field goal percentage this year.

The senior also placed third in blocked shots (69) and No. 11 in rebounds (282). pic.twitter.com/W7GMTAudvt

Miami did have some players step up, but it still wasn’t enough. Laura Cornelius, who had a lot of good moments throughout the season and was fourth on the team in scoring at 10.1 points per game, led the team with 15 points with 10 of them being scored in the second half. Mykea Gray was third on the team in scoring this and hit her season average of 12.6 points by scoring 13 points, but all of them came in the first half and missed all three of her attempts in the second half.

With the talent this program had, and has had, for the past few seasons, it is surprising and sad that they don’t have more to show for it than a few second-round exits. With wins over two teams that are one-seeds in the tournament, it is almost inexcusable to lose to a team that finished the regular season at 19-9.