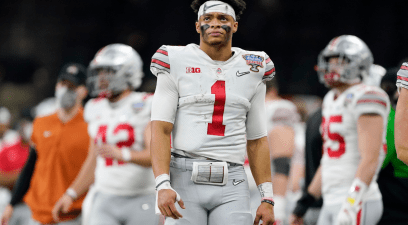 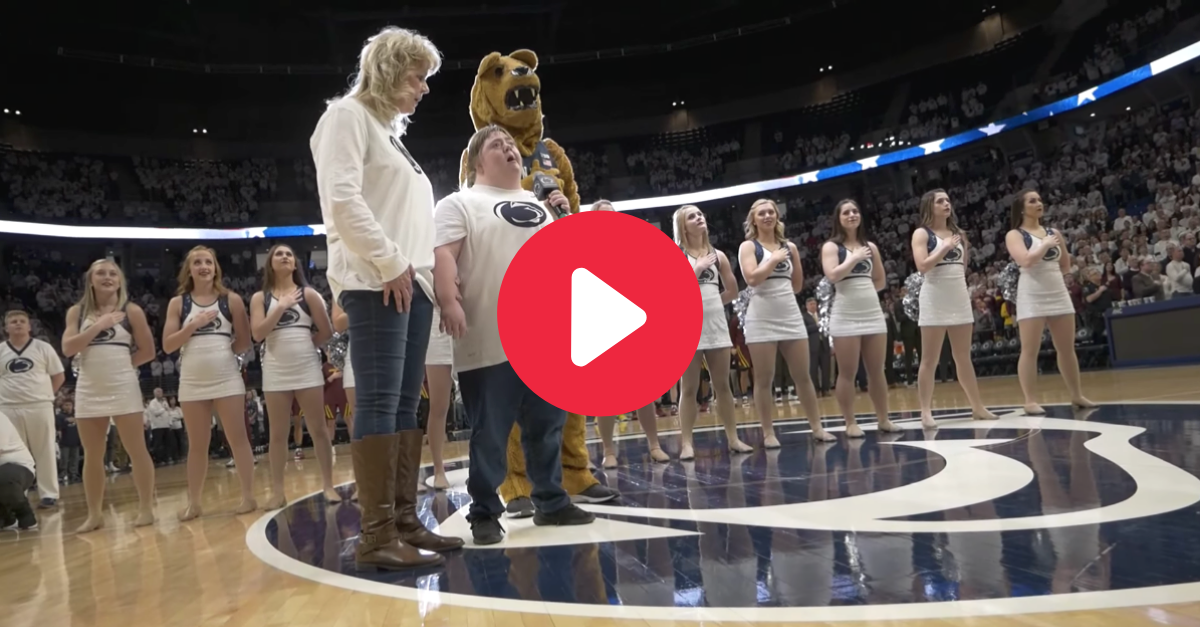 As the story goes, State College, Pennsylvania was dubbed “Happy Valley” because of the town avoiding the economic downturn caused by the Great Depression. But in the shadows of Mount Nittany, Penn State University is home to one of the most impactful communities you’ll find anywhere in the country, and it gives a whole new meaning to the nickname.

The largest student-run philanthropy in the world, THON, has raised over $168 million to date in the fight against pediatric cancer. Almost 10,000 international students are enrolled at Penn State, which is among the most in the United States. The community is overflowing with people hoping to make a difference however possible, and while it’s not hard to find a feel-good story in this town, one of the coolest also happens to be one heck of a performer.

Her name is Brooke Fisher. She’s been singing the national anthem at Penn State basketball games for the last three or four years, and PJ Mullen, who is Penn State Athletics’s Director of Marketing, calls Brooke “the team’s good luck charm.”

“She works at a local place called Good Day Cafe, and they do breakfast and coffees and ice teas, and she’s just been very active within that community and all over our community with her service. Last year we had her receive a handoff from [former Penn State quarterback] Trace McSorley at the Blue-White Game in front of 60- or 70,000 people and score a touchdown and do a dance. I think she stole the hearts of everybody in the stadium that day, and we’ve just kept building off of that kind of stuff ever since.”

Brooke lives with Down Syndrome, but that didn’t stop her from going in front of a sold-out crowd at the Bryce Jordan Center and singing the Star-Spangled Banner as part of “Everyone Is Awesome Day” prior to the Nittany Lions’ game against Minnesota.

When she finished, PSU head coach Pat Chambers was the first to greet her, followed by the entire Penn State team.

“I want this to be the single, greatest day for these people of all time, and I don’t want to call it ‘Special Needs Day.’ I want to call it ‘Everyone Is Awesome Day’ because everyone is awesome and everyone should feel that way,” Mullen said.

‘Everyone Is Awesome Day’ was born out of a massive brainstorming meeting between Penn State coaches, department leaders, and university employees to craft this incredible occasion. As Mullen explained, events and ideas flew onto a dry erase board, which were coupled with the release of children’s book — teaching Pennsylvania geography — that was authored by Penn State’s star basketball player Lamar Stevens, titled “Lamar’s Climb: A Journey to Happy Valley.”

But the kicker? All illustrations were done by friends from the Special Olympics, including Gabe Billy, Patrick Northup-Moore, Haley Smith, Emily Thom, Sammy Urgo, and Brooke herself.

“I hope this is a think they do all over the country,” Mullen said. “I hope everyone does something like this at a very high level and shows us how to do it because this is just scratching the surface. We have so many more ideas and ways to make this even better, and I want everyone coming in here and feeling like they’re a part of this.”

You can catch the ninth-ranked Penn State Nittany Lions climbing their way towards a Big Ten Championship, and you better believe Brooke and her Special Olympics Pennsylvania crew will be nearby cheering them on deep in the heart of Happy Valley.