WATCH: This Coach’s Celebration Tumble is What March Madness is All About 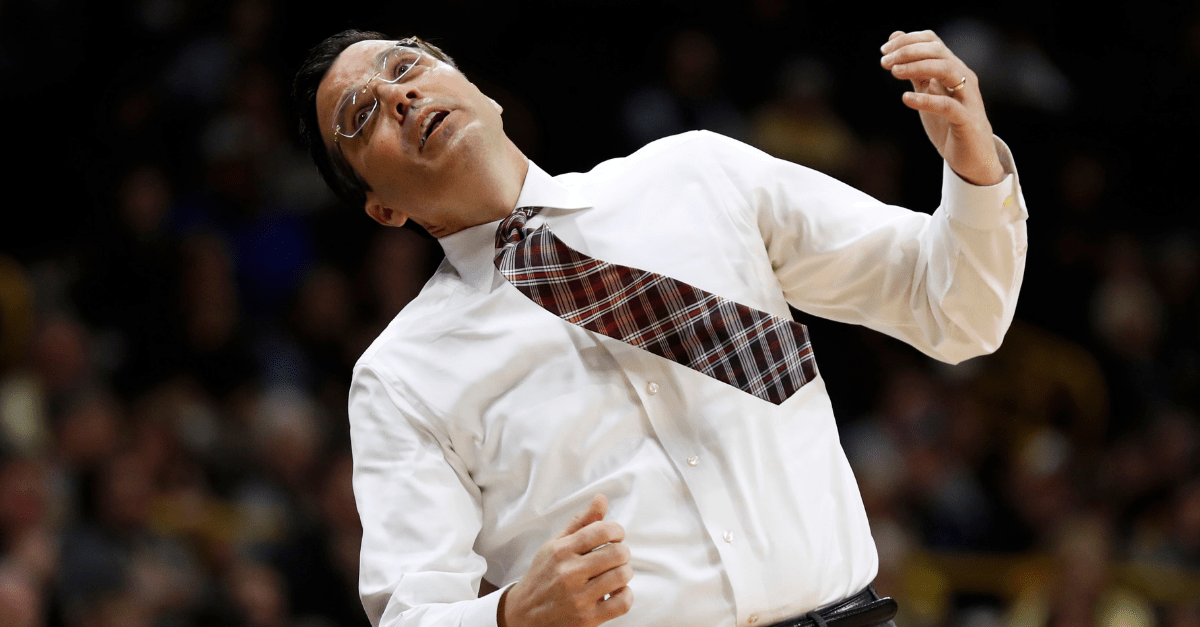 The Nebraska Cornhuskers are likely not going to the NCAA Tournament. Heck, even the NIT might be a little bit of a stretch. Just don?t tell that to head coach Tim Miles and spoil his fun because he clearly won?t listen to you after what happened on Wednesday night in Chicago.

At the Big Ten Tournament at the United Center ? the house Michael Jordan and Scottie Pippen built to be one of the best arenas in the land ? Nebraska took down Rutgers, 68-61, thanks in large part to senior guard James Palmer Jr. and his career-high tying 34 points. It was an impressive win for a team with only eight players available, but it also gave us a classic moment that belongs on One Shining Moment forever even though it didn?t happen in the Big Dance.

If you have ever had the privilege of being around or talking to Nebraska coach Tim Miles, you understand the kind of man he is. He?s genuine through and through and has quite the personality that most coaches in college basketball simple could not match.

So after the big victory, Miles ran off the court, his hands in the air, and wanted to celebrate with the Husker faithful who made it from Lincoln to the game. Then, the 52-year-old tripped and took a big tumble on the way to the locker room. It?s a must-see moment, for sure.

Tim Miles with the most graceful coach stumble of the postseason 😂pic.twitter.com/ckFma5eO1k

RELATED: If You Thought Morgan Freeman Was Awesome Before, He?s Even Cooler After This

With all due respect, it?s kind of hard to be really excited about beating the Rutgers. After all, the Cornhuskers were the No. 13 seed and the Scarlet Knights were No. 12. Yet, Miles was so damn excited that he literally fell to ground.

The fact that Miles yelled ?SAFE!? at getting up is on a different level of legendary. It was March Madness at its finest.

It was an improbable win, sure, especially with the injuries and adversity Nebraska men?s basketball has endured this season, so if this is the biggest moment of the season for the basketball coach to celebrate, let?s just say it was well worth it.