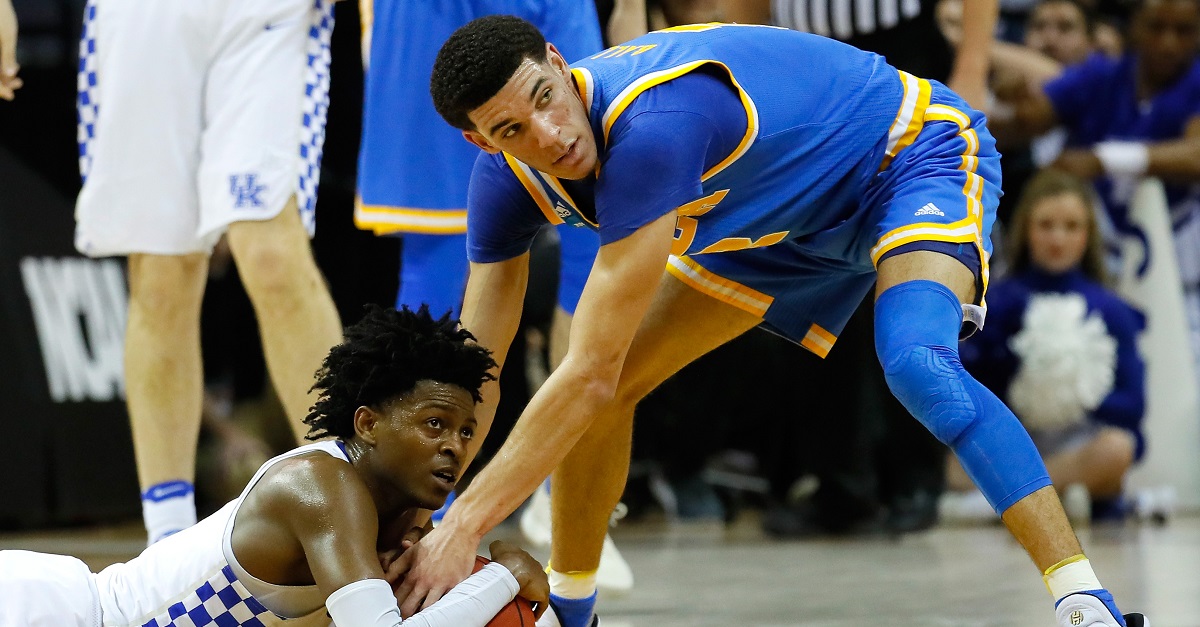 Most NBA Draft analysts project Markelle Fultz to be the top pick in this year’s NBA Draft and those that don’t like Fultz as much have Lonzo Ball going in his place. However, there seems to be a growing interest in another guard believed to be better than both of them.

Per source, there are multiple teams in the lottery who feel De'Aaron Fox – not Fultz or Ball – is the top PG in the draft. Continues 2 rise

While Fox doesn’t quite have the shooting ability of either Ball or Fultz, he has shown that he can score in other ways and that he is a strong facilitator when needed. He averaged 16.7 points, 1.5 steals, 3.9 rebounds and 4.5 assists per game last season on a team filled with five-star recruits so you can imagine his assist numbers would be even better with other pros making shots off his passes.