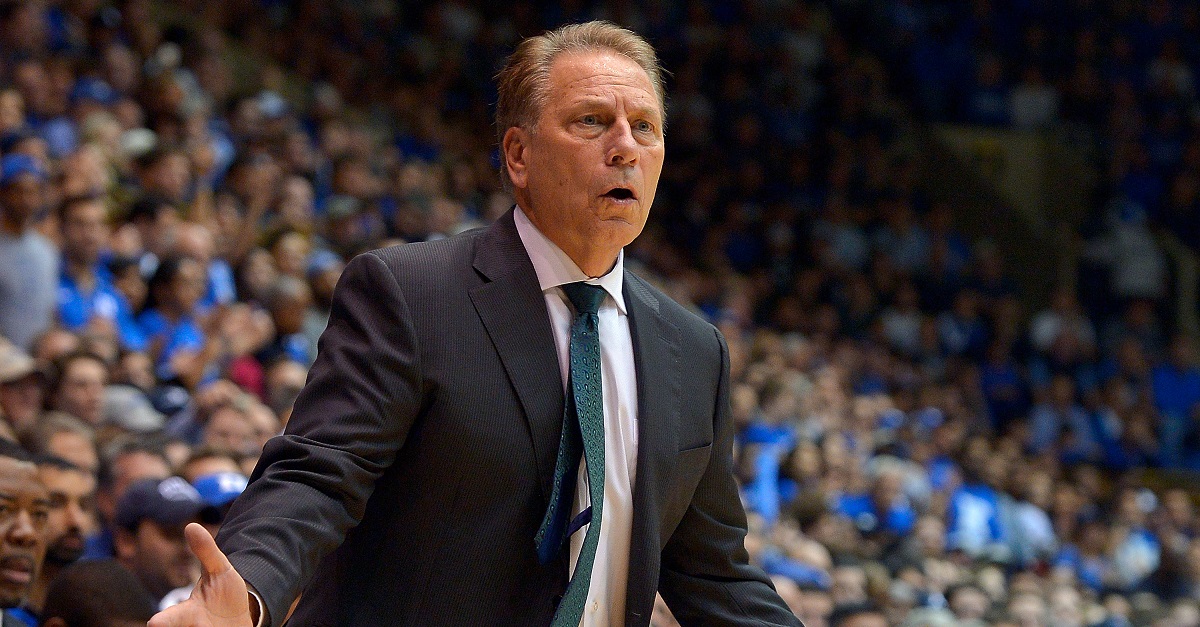 Michigan State Spartans coach Tom Izzo believes he owes it to his team and staff to not answer questions about the university’s multiple scandals.

We know this, because tone deaf Tom literally said as much on Wednesday night.

“We’re not answering any questions, my team, anymore, about anything but basketball. That’s going to be it. It’s basketball questions,” Izzo said Wednesday after the team’s final on-campus practice in East Lansing, Mich. “I owe it to them, and I mean this strongly. I owe it to them and I owe it to my staff; we’re going to focus in because it’s been a lot of distractions. I tried to do it as best I could for all of you, never cut off my locker room or anything else.”

Michigan State has been embroiled in multiple allegations of abuse, not all of which centers around the basketball program, but some of it does.

“But now, it’s going to be basketball time. These players, this staff deserves to focus in on basketball. That’s what we’re going to do and see if we can make this incredible year even more special.”

What in the heck is basketball time? Is that like nap time, but for college basketball players?

If you argue that he can’t win by talking, that’s fine. However, he can easily just say the lawyers told him he isn’t allowed to talk about it. It’s a far better look than saying he can’t comment on anything due to owing it to the team and something about it being basketball time.