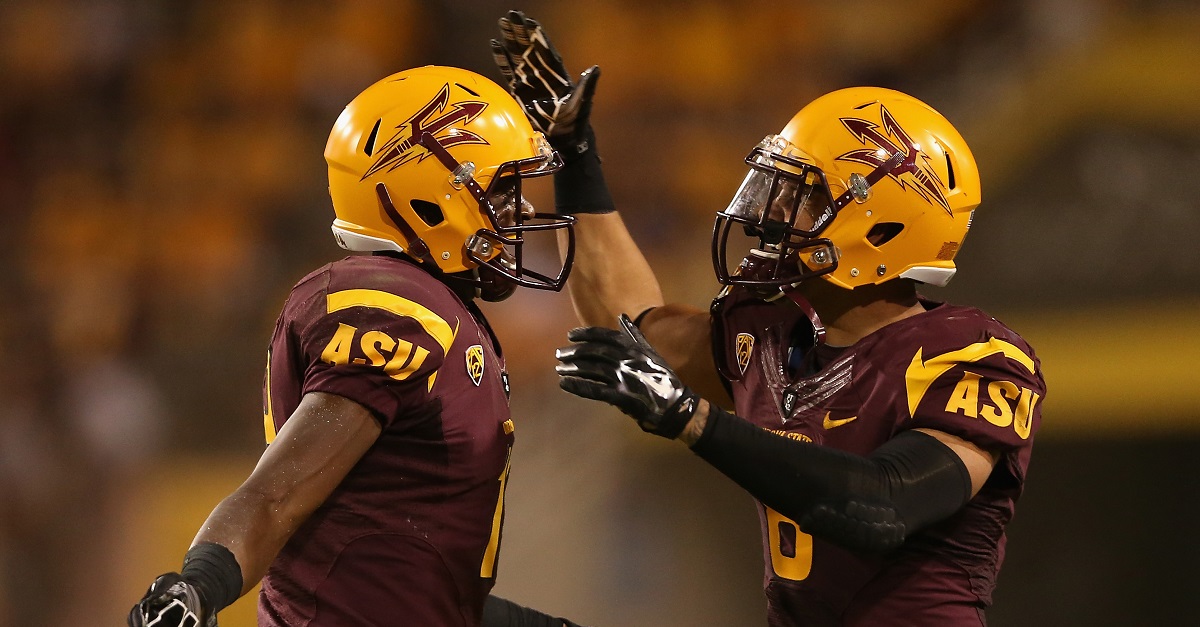 Arizona State receiver Ellis Jefferson has one of the best frames in college football for his position at 6’5″ and 210 pounds. However, he was only able to record 25 catches during his three playing years that resulted in two touchdowns and 325 total receiving yards. Now, he will try to get some more playing time elsewhere as he graduated early and will head east:

Jefferson appeared in 12 total games with two of them coming last season. He recorded both of his touchdowns in his freshman season. He was also originally a three-star member of the 2013 class and will be immediately eligible for Houston since he will have his diploma in hand this month.