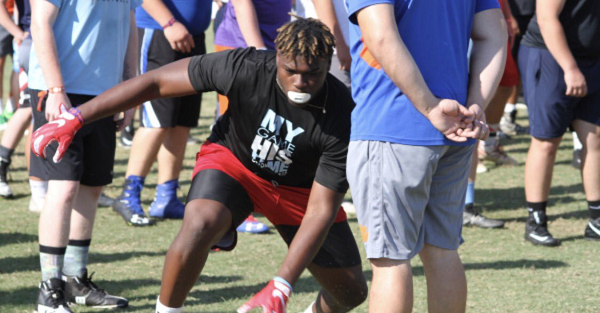 Four-star defensive end Curtis Fann Jr. is officially down to four schools in his recruitment with three of them in the SEC. He took to Twitter to name them and they are definitely the heavy hitters on the recruiting trail right now.

Final 4 🐅🐊🐓🐯..Please Respect My Decision & Have A Blessed Day 🙇🏾 (No Specific Order) pic.twitter.com/ILFyKKy3MY

The 6-foot-3, 245-pound weak side defensive end is the No. 15 ranked player at his position and No. 27 recruit in the state of Georgia for the class of 2019 according to 247Sports. He also has offers from Alabama, Florida State, Georgia and LSU among others. Clemson, Florida, Auburn and South Carolina should have a fun time trying to snag him out of Georgia and that recruiting battle could certainly heat up in the next couple years.