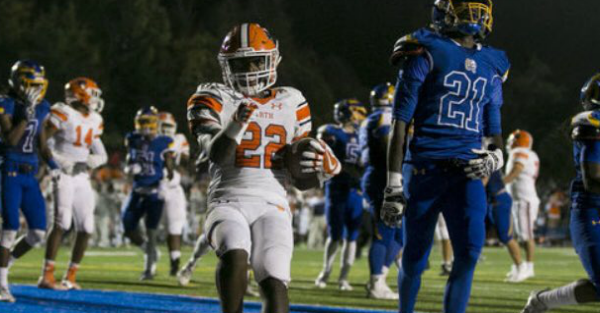 Devyn Ford, a four-star running back prospect out of the 2019 recruiting class, has unveiled his final six potential collegiate homes. He did so by way of Twitter.

As he notes, those universities are in no particular order.

Penn State, North Carolina, Virginia Tech, Clemson, Ohio State, and Oklahoma would all be fine destinations for the young man.

Ford, a native of Stafford, Virginia, ranks as the No. 63 overall prospect in the 2019 class according to the 247Sports composite rankings.

Ohio State is a program to watch in his early recruitment, as he has already visited the Buckeyes on several occasions.

The 5-foot-11, 185-pound back performed well as a junior at the Rivals 3 Stripe Camp in Charlotte last spring. He is widely considered a true all-purpose, three-down back. Something more rare in football these days, as plenty of programs have backs specializing in certain aspects.

Ford told Fredericksburg.com that he will have a top-three during the spring and that he plans to make his verbal commitment in June. Basically, things are going to move along here pretty quickly.

We will keep you posted on his recruitment process are more information becomes available. It is worth noting, though, that his high school teammate Nana Asiedu is a four-star 2018 signee offensive lineman for Penn State.