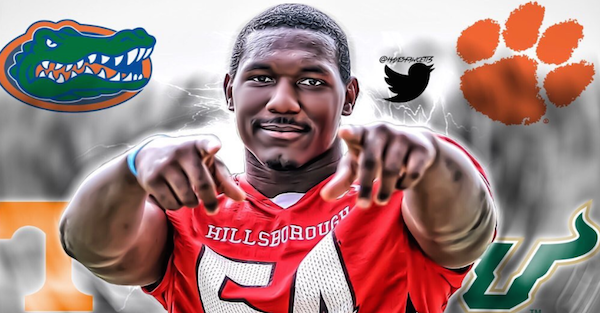 One school just got some very good news on Friday afternoon. The nation’s No. 20 ranked strong-side defensive end Zachary Carter (6-foot-4, 250 pounds, Tampa, Fla.) announces his verbal commitment — Carter was choosing between Florida and Clemson, including several other big-time schools who offered him including Georgia, Michigan, LSU and Ohio State. Carter announced he would be committing to Florida via his Twitter account, and added that attending Florida had been “a dream of his.”

This is a big pick-up for Florida, especially given the amount of big programs who were after him. Carter marks the ninth verbal commit for Jim McElwain’s 2017 class, which is currently ranked 26th in the country according to 247Sports.