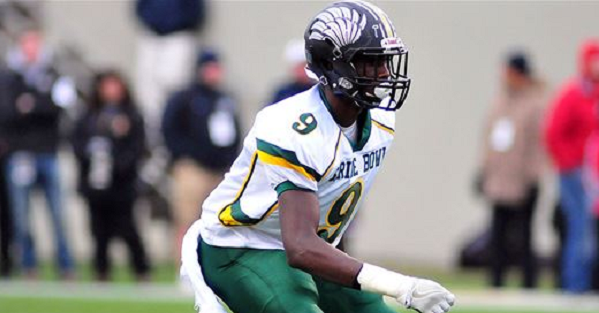 Less than a week ago, four-star prospect Hamsah Nasirildeen surprised the recruiting world by flipping his commitment from South Carolina to Florida State. Now, we have some clarification on his mindset toward making that decision.

Phil Kornblut of The State caught up with the 6-foot-3, 210-pound hybrid safety/linebacker and he had this to say:

?I just felt it was a better environment for me, and a better coach and a plan. It?s the competitive nature every day. And the relationship with the coaches is a big part. I feel like I can earn some playing time depending on how my development goes and how much work I put in.?

?It was a really hard thing to do because it?s not like something went wrong. Everything was going really good. I just felt like I had a better opportunity at Florida State. It was a hard thing to do to tell those guys.?

This isn’t the best look for Will Muschamp and the South Carolina coaching staff, but it is probably more of a testament to the work of Jimbo Fisher and Florida State. It seems as if Nasirildeen, who is a top 100 recruit according to 247Sports, was simply blown away by the Seminoles and that explains the decision.

With yet another talented prospect on board, FSU boasts the best class in the ACC and a top-five group nationally. With the way Fisher and his assistants are apparently recruiting, that shouldn’t come as a surprise.