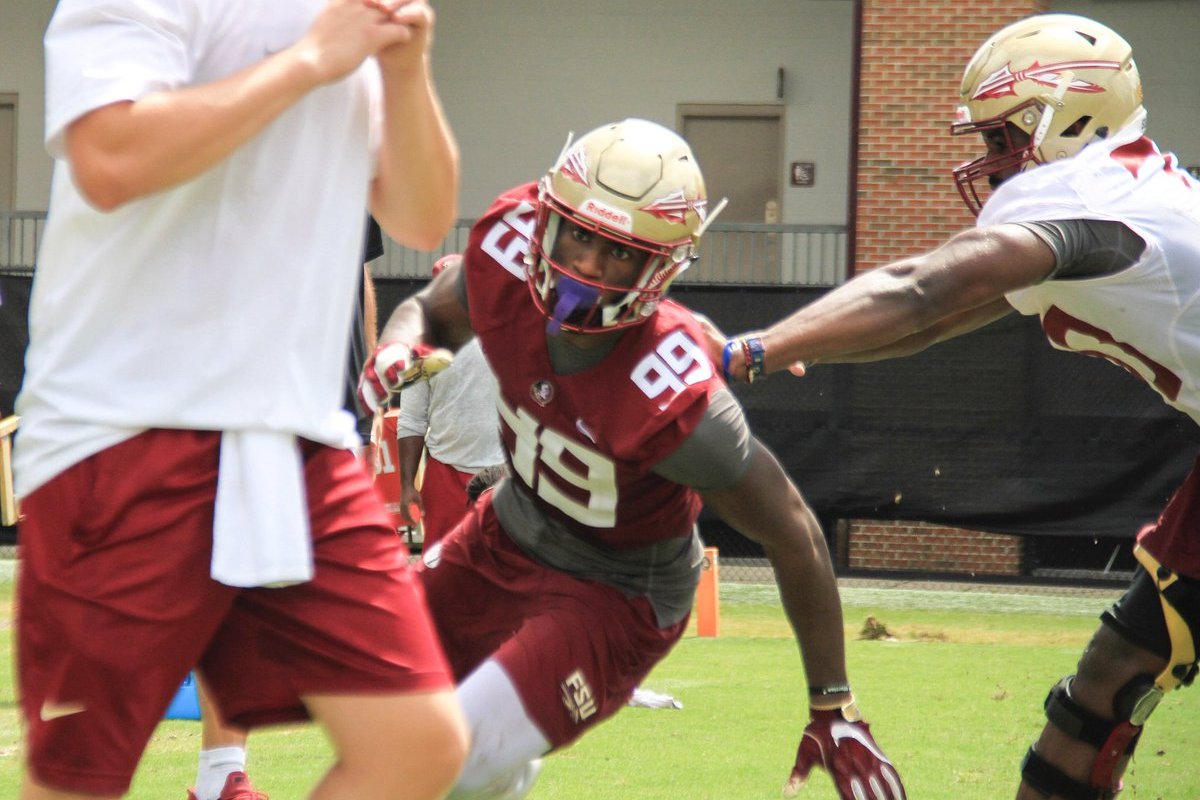 The first half of the season for the Florida State Seminoles has been frustrating for players, coaches and fans, but there have been notable performances on all sides of the ball, even if it doesn’t seem like it. At 3-3, there are few players who have stood out consistently, especially since they have struggled in almost all of their games they’ve won.

But even the top players have been inconsistent at times. At 3-3, almost worse than that, it comes down to single plays in some instances, like a pick-six or punt-return for a touchdown. For the ‘Noles to reach a bowl game, they will need way more big plays. But to even get three wins, they needed every single play from these top-five athletes from the first half of the season.

Deondre Francois has had far from a perfect season. He has made many mistakes with eight turnovers, six interceptions and two lost fumbles. But he has performed pretty well with what he has. I would argue he may be one of the toughest players in the country. At least the toughest quarterback. With a struggling offensive line, he has been popped in the mouth countless times. But he has still managed to only be sacked 18 times through six games.

Even with a struggling offensive line, learning to play in a completely new system, and a run game that has struggled, Francois has still managed to pass for 1,506 yards and 11 touchdowns. And if he was given a little bit of time in a clean pocket, both of those numbers would be much higher.

The Seminoles’ passing defense has been less than stellar. They are currently 111th in the country in pass defense, giving up 271 yards per game, but Levonta Taylor has made some big plays. One of those plays sealed a win when they could have easily lost. Against Samford, the defense had allowed 475 passing yards, so Florida State easily could have given up more to allow a game-losing touchdown.

Taylor jumped a route and took the interception 63 yards for a touchdown to ice it. A loss to an FCS school would have been tough to recover from, but instead was the team’s first win of the season. He’s made more pivotal plays than just that one, though. He has 17 total tackles, one for a loss. He is also tied for the team-lead with three pass-breakups and has forced a fumble.

He may be a receiver, but he is not in this spot for his work on offense. D.J. Matthews has 17 catches and 12 punt returns. But the biggest of any of those was his punt return for a touchdown against Miami, Fla. With a 20-7 lead, Matthews returned a punt 74 yards for a touchdown.

Without that return, the ‘Noles would have been shut-out in the second half of that game. He was a game-changer throughout the entire game with five returns going for 145 yards. He was named the ACC Specialist of the Week for that performance. Over the last two games, Matthews has averaged over 25 yards per return.

Matthews is currently tied for third on the team with 17 receptions. Those catches have gone for 133 yards because many of them have been stopped for losses. He can be such a threat with the ball, they have just tried getting it to him behind the line of scrimmage.

The Florida State defense has a lot of talent and some special players. But even then, Hamsah Nasirildeen leads the team in total tackles with 47, well more than the next closest. He only has a half-tackle for a loss, but he has been getting to the ball more than anyone on the defense. He has a pass-breakup and QB hit, but tackles have been his biggest statistic.

This is obvious. He is already being talked about as a first-round pick in the 2019 NFL Draft if he decides to forgo his senior season. He leads the team in sacks and forced fumbles and is the only Seminole to make to the Pro Football Focus Mid-season All-ACC team. Currently, Burns has 9.5 tackles-for-loss, seven sacks, three forced fumbles, and a fumble recovery for 14 yards; all of those stats lead the team.

And Burns hasn’t just burned some lesser opponents to stuff his totals, he has done it on the biggest stage. He had three TFL, two sacks, and two forced fumbles against Miami. He also had 1.5 sacks against Louisville and Virginia Tech and two against Samford.

Burns has been the star of this team all season, but that was no surprise to anyone. He has had help this season from other players on defense, he just needs for some players to step up on offense to make sure it matters towards some wins.