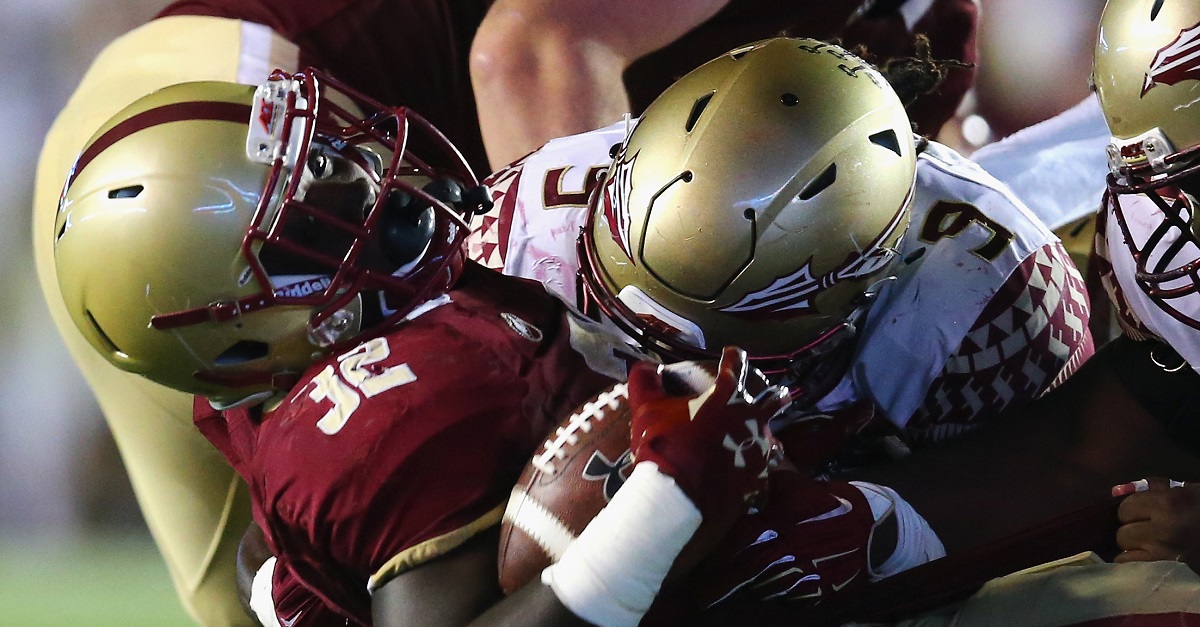 Florida State is already losing its top defender in Derwin James to the NFL Draft and now defensive end Josh Sweat is reportedly declaring for the NFL Draft. That Tomahawk Nation report also says that Sweat will skip the bowl game against Southern Miss.

Sweat was not expected to play in his first year on campus as he had ended his senior year in high school early because of a dislocated knee. Not only did he play his freshman year, but he started too and recorded 41 tackles, an interception and two sacks that year.

The 6-foot-5, 250-pound defensive end finished his career with a forced fumble, six passes defensed, 14.5 sacks and 29 tackles for loss. He’s currently projected as a mid-round pick, but if he performs well at the Combine and his knee checks out, then he could certainly shoot up some boards.