Roberto Aguayo, former second-round pick kicker, reportedly getting another shot with a tryout 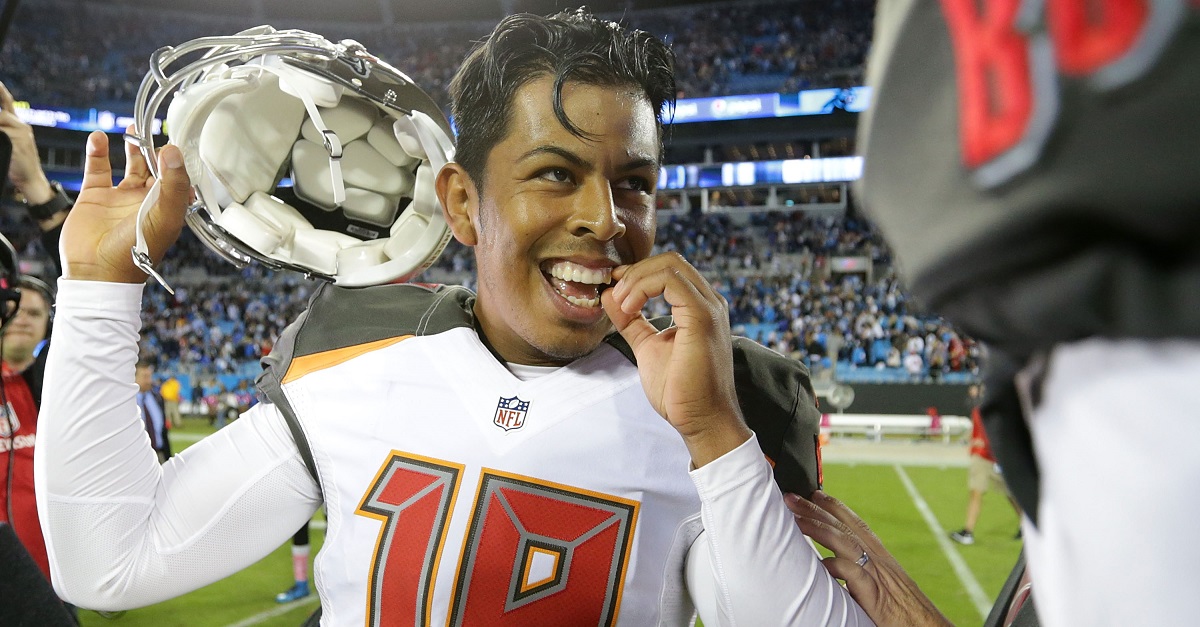 Roberto Aguayo, the kicker selected in the second round in 2016 by the Tampa Bay Buccaneers, is reportedly getting another shot at the NFL, as the Chicago Bears gave the maligned kicker another tryout.

From Brad Biggs of the Chicago-Tribune:

Four weeks after the Bears released kicker Roberto Aguayo, they brought him back for another look.

Aguayo was part of a two-man tryout at Halas Hall, according to an NFL source familiar with the situation. The Bears also had Josh Lambo in for a tryout.

Aguayo — the former Florida State kicker — was waived by the Tampa Bay Buccaneers after he missed two kicks in the team’s first preseason game. Aguayo was then picked up by the Bears, who promptly released him after one game.

After the release, ESPN’s Trey Wingo proclaimed that Aguayo is one of the worst NFL Draft picks of all time, as the second round pick only made it one year with the team that drafted him.