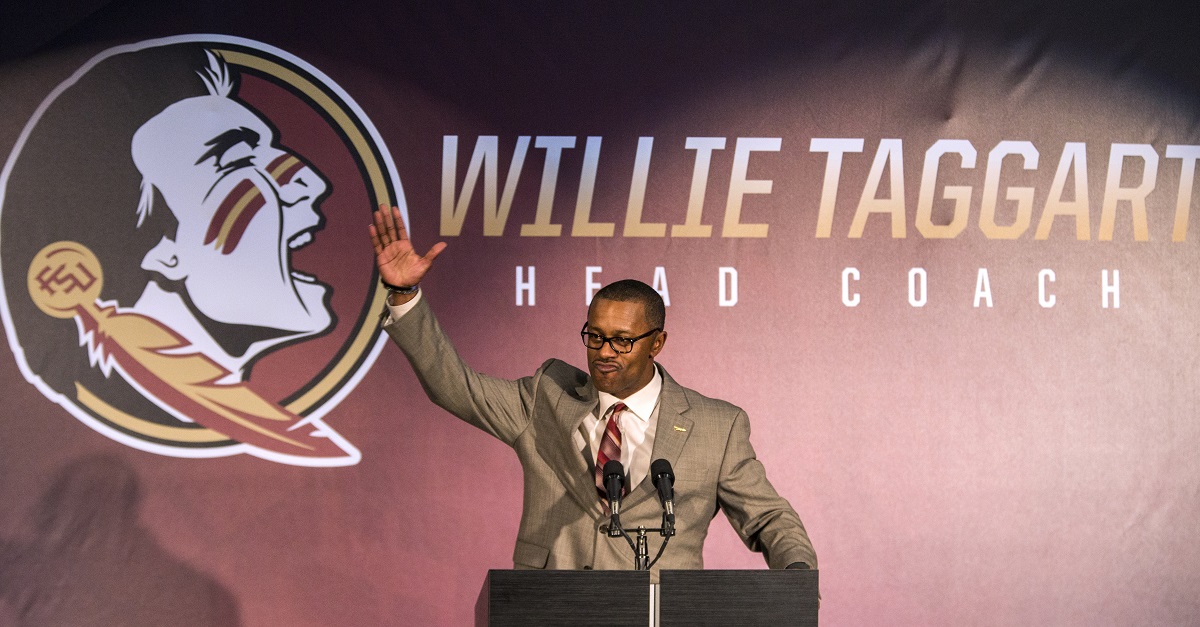 New Florida State coach Willie Taggart is putting the finishing touches on his coaching staff with the Seminoles, and he has reportedly found his new offensive coordinator.

Bell became the Maryland OC at age 29, and he was the OC at Arkansas State before taking the job with the Terrapins.

Before his stop at Arkansas State, Bell was the recruiting coordinator and tight ends coach at North Carolina. He coached first-round pick Eric Ebron at UNC. He was also an assistant at Southern Miss, Oklahoma State, and a graduate assistant at Memphis. He played at Middle Tennessee and graduate in 2005.

Maryland’s offense struggled in 2017, but the Terps also lost the first three quarterbacks on the depth chart to injury during the season.

I think Walt Bell is a good coach and could end up being a great coach with real talent, so this is a smart move for him. But how does Florida State settle on a guy who led the 100th best scoring offense in the country this year? And what do fans think? https://t.co/yPtVinjmOI

The Seminoles have room for a few more assistants, so expect Taggart to continue to build his staff as signing day approaches in February.