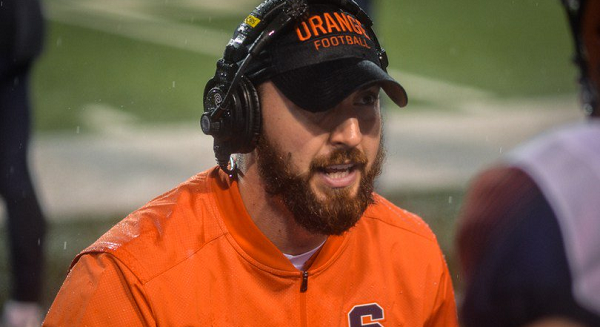 Now that the dust has settled for all of the major head coaching jobs, it’s time for the little guys to get their new head coaches. That includes Kent State who has tabbed Syracuse co-offensive coordinator Sean Lewis as their next head coach, according to Cleveland.com.

Lewis’ offense accounted for over 450 yard a game and of course was notorious this season for taking down top-ranked Clemson on a Friday night. 161.5 of those total yards came on the ground each game and the rest of course was through the air. Meanwhile, Kent State only averaged about 275 yards a game this season so that number should go up with Lewis at the helm.

The Orange coach is a little young at just 34, but he has a ton of experience as he has been with Dino Babers since their days at Eastern Illinois and Bowling Green before landing in New York. He has recruiting to the Midwest having played at Wisconsin (2004-2007) and is from Chicago.

Lewis was also the quarterback coach for Bowling Green’s Matt Johnson in 2015, when he led the nation passing for 4,700 yards and 43 touchdowns, breaking former Miami QB Ben Roethlisberger’s MAC records in the process. That was also the year he was nominated for the Frank Boyles award, which is handed out to the nation’s best assistant coach.