Going into Week 2 of the College Football season, the Texas A&M Aggies were ranked just outside the top five before dropping a game at home to Appalachian State. Not only did they lose, but they only managed 14 points. Not great, especially if you bet on the Aggies coming out with a resounding win.

This week, they'll look to rebound against Tyler Van Dyke and the No. 13 Miami Hurricanes.

Can Texas A&M stay inside the top 25 by winning this week? Let's check it out and take a look at the best bets for this Saturday night showdown. 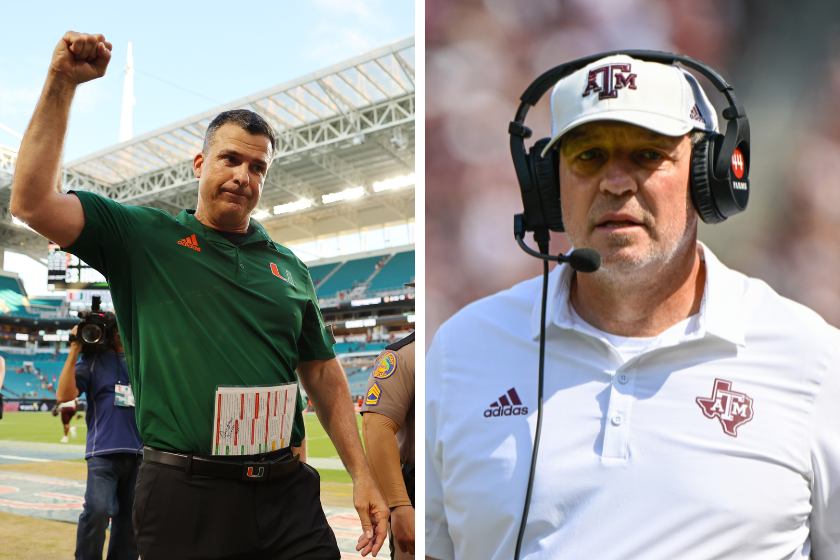 Coming into this game as six-point underdogs, the Miami Hurricanes have one of the best rushing attacks in the nation, headlined by Henry Parrish Jr.

Parrish Jr. had 216 yards on 37 carries and four touchdowns this season.

At quarterback, the Hurricanes have Van Dyke, who's often looked at as an NFL prospect. This season, he's completing nearly 74% of his passes with three touchdowns and one interception.

For receivers, Van Dyke and the Hurricanes will be without their No. 1 option, Xavier Restrepo. They'll turn to Michael Redding III and Keyshawn Smith on the outside, with Brashard Smith taking on slot duties.

The Aggies defense has been OK this season. One of their best players is slot cornerback Antonio Johnson. Other than Johnson, they have some guys who are good in certain situations but not a lot of talent that should be able to manhandle the Hurricanes.

Looking at the Aggies offense, they're turning away from Haynes King and giving Max Johnson the start. Johnson has four attempts this year but has starting experience, transferring this offseason from LSU. Last year with LSU, Johnson was solid, completing 59.9% of his passes for 2,809 yards, 27 touchdowns, and six interceptions.

However, according to Pro Football Focus, he had 19 turnover-worthy plays, which could rear its ugly head against a Hurricanes secondary in which almost all starters have an interception.

The Aggies will hope to use their wild card in Johnson to their advantage, but they'll need to rely on Devon Achane more than ever, though he's averaging under four yards per carry.

Best Bets as the Hurricanes Bring the Thunder to College Station 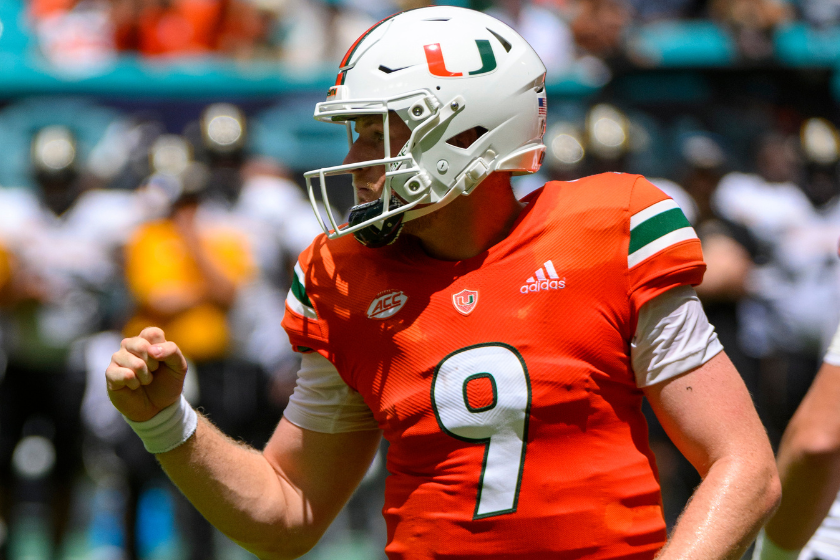 RELATED: Larry Coker Coached One of The Greatest College Football Teams Ever, But Where is He Now?

The Hurricanes are just the better team here. Sure, there's the idea of the SEC against the Hurricanes' ACC status. Still, their receivers should be able to get open, and the NFL prospect Van Dyke can deliver them.

Their running attack with Parrish Jr. should be able to get going, and the defense can use Johnson's past turnover-worthiness against him.

This is a great spot to bet the Hurricanes moneyline as the Aggies program struggles.