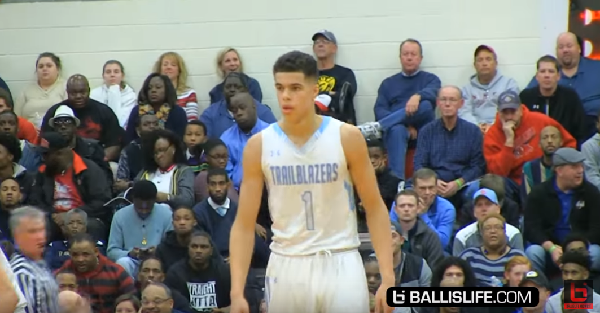 Michael Porter Jr. is ranked as the top small forward in the class of 2017 and he narrowed his list of schools down a little more

Porter originally had Kansas and Kentucky in his top eight so cutting those schools out is a pretty big deal, especially since the five he has left are not all considered basketball powerhouses. Indiana is one of the blue bloods of college basketball and looks to be on an upward swing.

Oklahoma and Virginia have been very good in the past few years, but both might be rebuilding a bit with star players gone so that could be a good opportunity to start right away and be the focus of the offense right away for Porter. Missouri made the list because that’s the in-state school and getting a chance to play against Kentucky in the SEC might be an intriguing prospect to Porter.