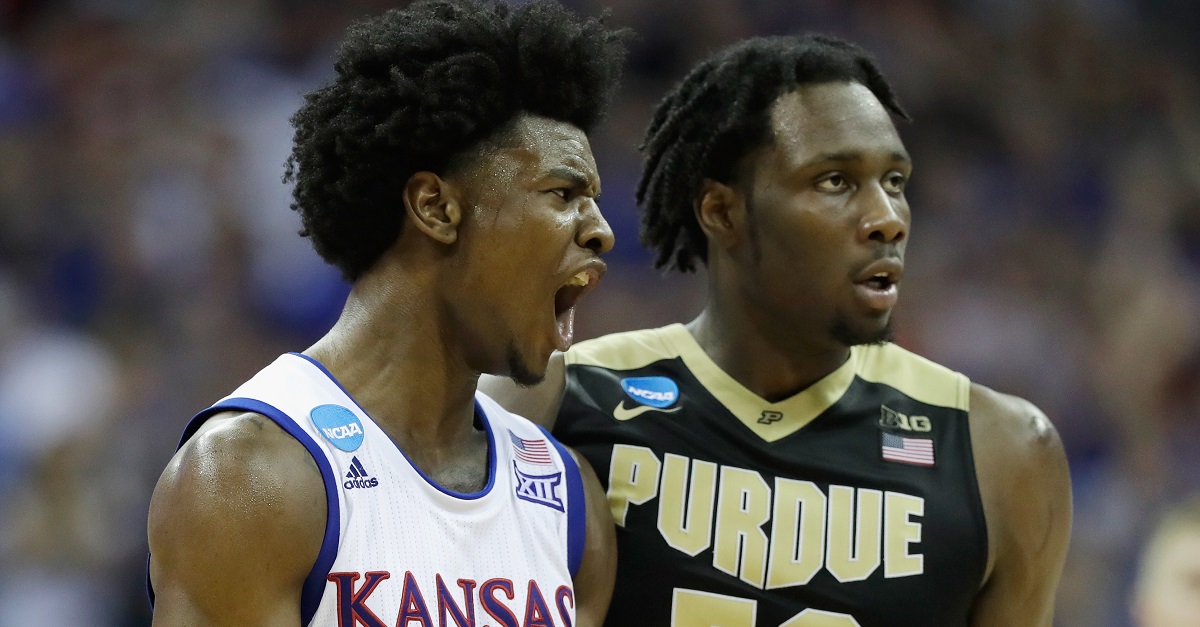 Jamie Squire/Getty Images
KANSAS CITY, MO - MARCH 23: Josh Jackson #11 of the Kansas Jayhawks reacts in the second half as Caleb Swanigan #50 of the Purdue Boilermakers looks on during the 2017 NCAA Men's Basketball Tournament Midwest Regional at Sprint Center on March 23, 2017 in Kansas City, Missouri. (Photo by Jamie Squire/Getty Images)

Kansas star freshman forward Josh Jackson was one of the best players in the country this season and was named the Big 12 Freshman of the Year. His team just lost to Oregon 74-60 on Saturday night and he could have used the post game interview as a moment to declare for the NBA Draft like UCLA’s Lonzo Ball did the night before. However, he’s going to take some time to make his decision it seems:

Josh Jackson said this to me about his future: #kubball pic.twitter.com/i108UwssPZ

Jackson averaged 16.3 points, 7.4 rebounds and three assists over the course of the season. He shot 51.3 percent from the floor and 37.8 percent from beyond the arc. He is likely to be a top-3 pick and there have been some arguments for him to be the top pick overall as well