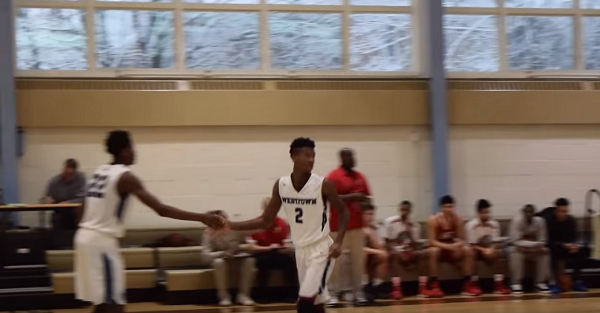 Brandon Randolph is a highly coveted four-star shooting guard out of Westtown, Pa. and is ranked as the No. 7 shooting guard in the class of 2017 by 247Sports. He’s also got almost 30 offers including some from Virginia Tech, Vanderbilt, VCU among many others. He managed to “narrow” down that list to 12 schools.

I truly would like to thank all 29 schools that have been recruiting me. honored and blessed‼️ This my Big 12😈: pic.twitter.com/mUKcgo7WVT

The 6’6″, 183-pound guard is believed to be leaning toward UNC or Louisville right now, but the recruitment process is far from over and Randolph is likely to drop at least one more list where he narrows his choices again. As you can see, he’s got his choices all over the country and from whatever conference he wants to play in too.