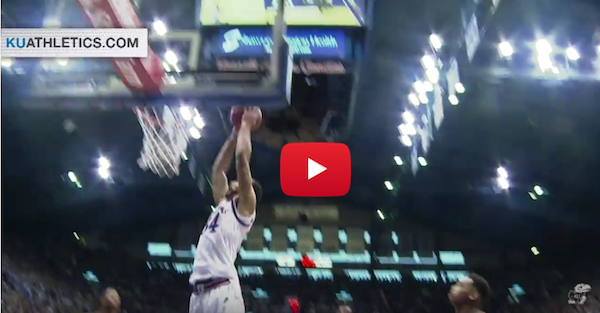 No. 3 Kansas (16-3, 5-2) hosted the Texas Longhorns (12-7, 4-3) Saturday and had the chance to help coach Bill Self get his 200th win at Phog Allen Fieldhouse. After falling behind by five at halftime and even more early in the second half, the Jayhawks were able to pull off the 76-67 win to rebound after a loss at Oklahoma State earlier in the week.

Perry Ellis led all scorers with 26 points on 9-15 shooting. Both teams only had eight turnovers, but the Jayhawks also only had 13 fouls all game while the Longhorns had 22. Wayne Selden had one of his better games this season with 19 points while Devonte’ Graham chipped in 14 and Frank Mason had 13. Kansas also had 13 offensive boards to Texas’ five to help get the second chance points advantage to win the game.