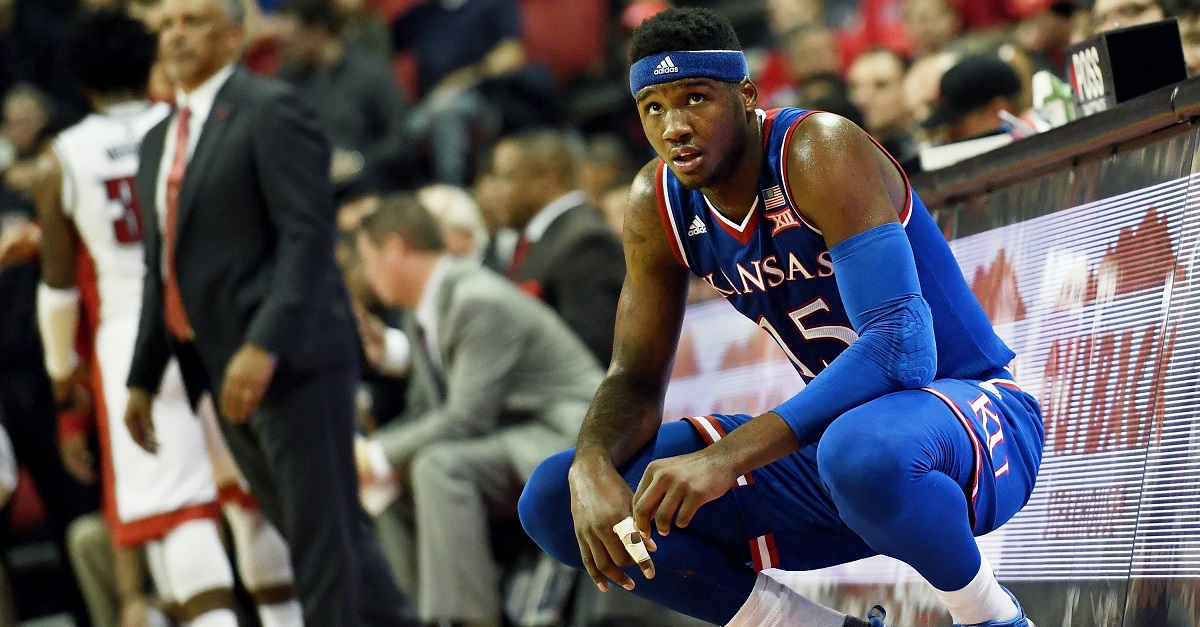 Kansas found a way to beat Kentucky in Rupp Arena despite not having big man Carlton Bragg coming off the bench. It was initially reported that he was suspended for the game because of a “violation of team rules.” It seems we know better than that now as a local TV station has something else to contribute:

A report last week suggested that the paraphernalia ? which was two glass smoking devices with residue ? was ?seized? during an investigation into a reported rape in McCarthy Hall on campus. Several Kansas players were named as witnesses in the investigation as well.

Bragg plays 15 minutes per game and averages 6.1 points and 4.8 rebounds per contest. It?s unclear how long he?ll have to sit on the sidelines, but it doesn’t look promising for a return any time soon.