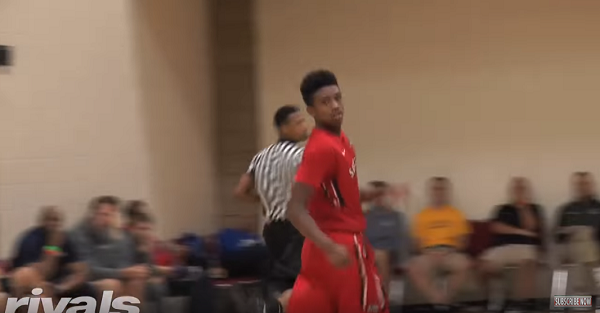 Kansas could use some big time guards in the 2018 class as Frank Mason will graduate and freshman Josh Jackson could very well make the jump to the NBA Draft after one season. Devonte’ Graham will be gone by then as well and that would only leave Lagerald Vick plus whoever Bill Self recruits in this cycle — assuming no one else jumps ship after their freshman season.

That’s why one weekend in October could make a huge difference for the Jayhawks as five-star point guard Brandon Williams is set to make an unofficial visit October 1 according to recruiting analyst Julius Kim. The 6’1″, 175-pound guard is ranked as the No. 2 player in the state of California by ESPN. He’s the No. 14 recruit overall and is believed to be favoring Arizona right now, but could have a change of mind if Kansas can show him a good time.

The Encino (Calif.) Crespi High School baller has an impressive blend of athleticism, skill and instincts and played on the Nike EYBL circuit this past summer. During the Peach Jam he averaged 18.2 points per game on 46.3 percent shooting from the floor in five games. He also shot a ridiculous 45.2 percent from beyond the arc in those games as well.