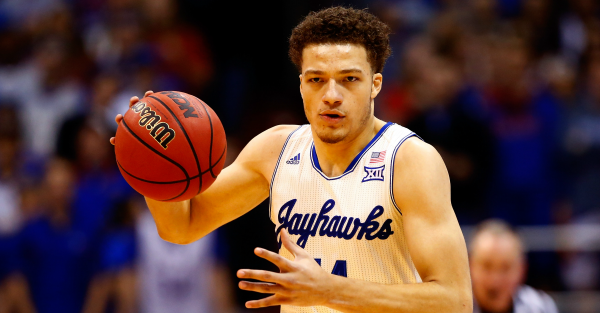 One Kansas guard has already declared for the NBA Draft in Wayne Selden and now it seems the Jayhawks are going to lose their resident sharpshooter.

Kansas guard Brannen Greene will enter the 2016 NBA Draft and hire an agent, per release. #kubball

Brannen Greene didn’t play in the last two games of the season against Maryland and Villanova because of back issues and was kind of inconsistent this season.

The 6’7″ junior only averaged 5.4 points and 2.1 rebounds but did shoot an incredible 52.4 percent from the floor and 61.9 percent from inside the arc. However, he did have some behavior issues as Bill Self had to go off on him after some unsportsmanlike conduct during a game.

Greene will have to prove he can play nice and can do a little more than shoot. The 6’7″ guard will have to show he can defend at the next level and can contribute more than his 5.4 points per game this past season. Because Greene hired an agent he won’t be able to come back to school and Kansas may be in for a whirlwind recruiting cycle with only two big men committed for 2016.