Kansas outlasts WVU for yet another Big 12 title 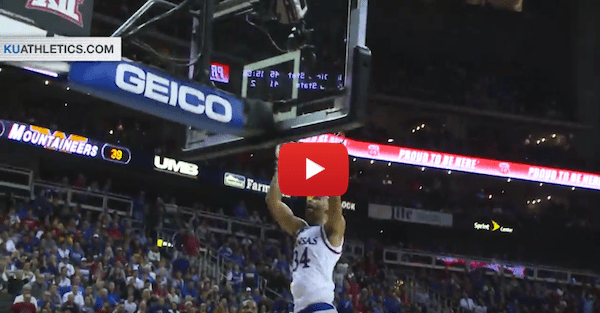 Kansas (30-4) beat West Virginia (26-8) yet again with the Big 12 Tournament title on the line. This time they won 81-71 and secured the school’s 10th conference tournament title ever since the tourney came into existence in 1997. Both teams turned the ball over 20 times apiece, but Kansas shot the ball a little better.

Kansas shot 52.1 percent from the field while the Mountaineers shot 45.6 percent and only made two triples during the game. Perry Ellis had 17 points and five rebounds, Wayne Selden had 21 points and four rebounds and Devonte’ Graham led the Jayhawks with 27 points on 60 percent shooting. The Jayhawks have now undoubtedly locked up the top seed overall in the NCAA Tournament, but we will know for sure when the brackets are released Sunday afternoon.