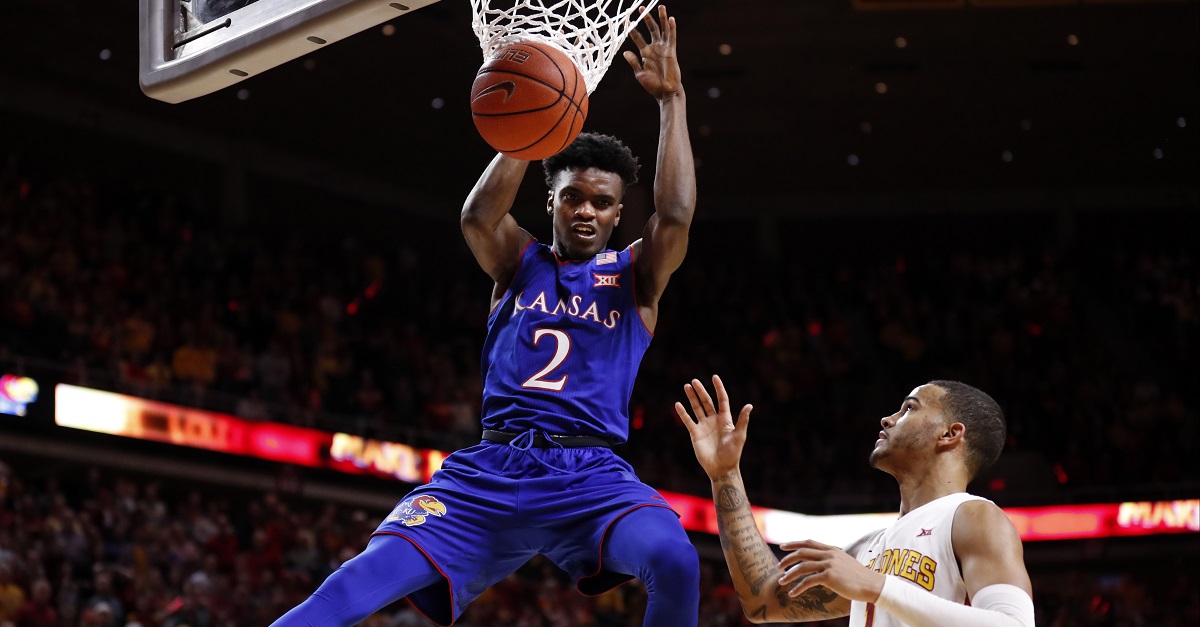 A University of Kansas investigation found that guard Lagerald Vick likely hit a female student multiple times in late 2015 and recommended two years of school probation. According to information obtained by The Star, the sophomore guard was accused of punching the student in the arm more than once and kicking her in the face. The university’s Office of Institutional Opportunity and Access investigated from late December 2015 into January 2016 and determined Vick likely committed domestic violence.

It is not currently known if a report was filed with the police, but Vick has not yet been charged with a crime. It isn’t known if Vick was ever put on that probation or, if he was, if he is still on it. He has missed two games this season, but those were due to illness according to coach Bill Self.

Forward Carlton Bragg is already indefinitely suspended because of a misdemeanor charge of possession of drug paraphernalia. There was also an investigation into a reported rape that took place in the dorms where many basketball players stay. Several have been named as witnesses in the case, but the police have not released the name of any suspects in relation to the case.