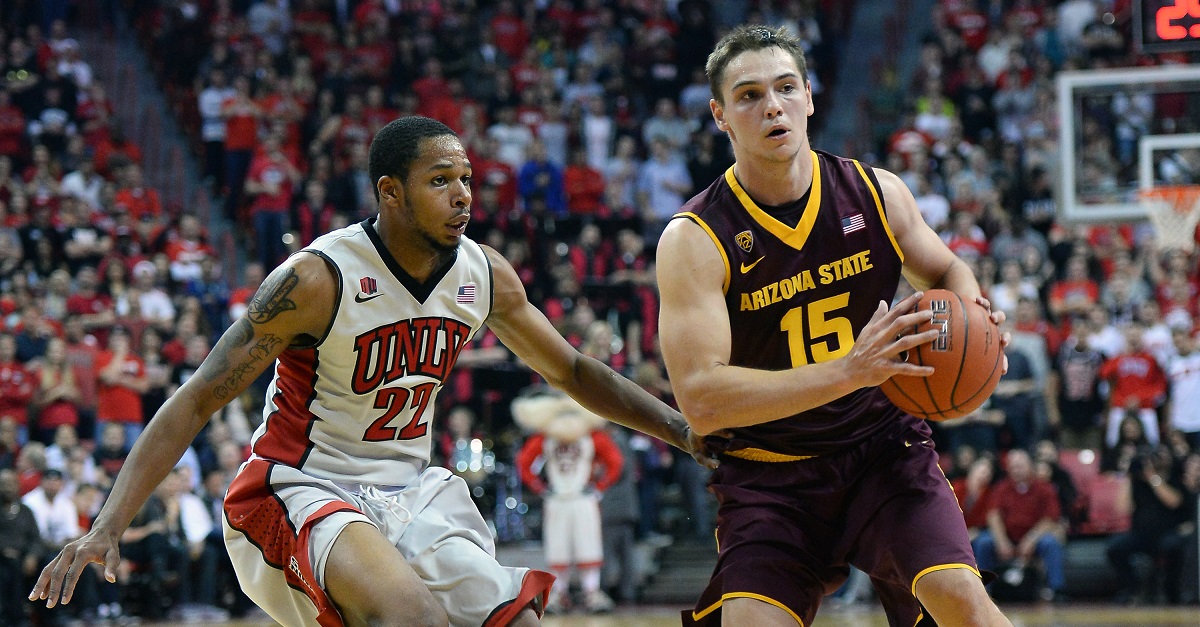 Egor Koulechov is a 6’5″ guard on the graduate transfer market, which makes him incredibly valuable as he will be eligible to play immediately and could give a team a scoring boost. He transferred from Arizona State after his freshman season, but went on to average 17.5 points, eight rebounds and 1.7 assists at Rice over the last two seasons. Now it looks like he down to two schools.

It also sounds like Florida might be trying to gain an advantage with a visit from head coach Mike White and an assistant.

Florida head coach Mike White will be in today for Rice grad-transfer Egor Koulechov, per source; he visited UF this past weekend

The Gators now have a scholarship spot open with the departure of Devin Robinson and the arrival of Koulechov could give them a consistent and go-to scorer they sorely lacked at times last season. Oklahoma landing Koulechov would be a huge boost as they had a pretty bad year in the Big 12 last season and he could be a scorer along with incoming point guard Trae Young who is expected to get some big minutes early.