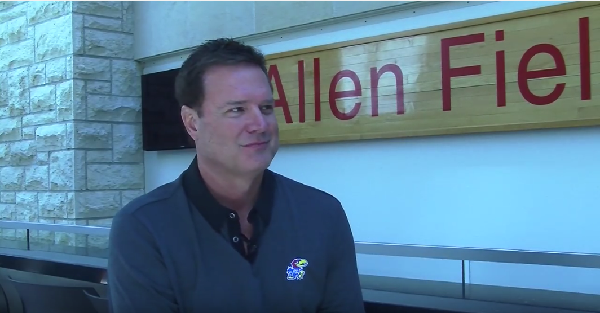 Kansas coach Bill Self is well traveled and has seen more than his fair share of great basketball arenas. He’s even been overseas to coach his team. However, there is one place he hasn’t gotten to play in despite his 23 years as a head coach at four different universities.

RELATED: Kansas put on a clinic for the World University Games

In the interview above, Self talks about how he has never had the opportunity to take his team to Cameron Indoor Stadium to play against Duke. The teams have only met 10 times with the Blue Devils winning seven of the games. The last time there was a true home-and-home series was in 1988-89 with Duke winning both times.

The two teams have met in neutral site tournaments and the NCAA Tournament, but it would be pretty incredible to get these two blue blood programs meeting for an annual showdown. The last time the teams saw each other was at the United Center in Chicago in 2013 where Kansas took home a 94-83 victory.