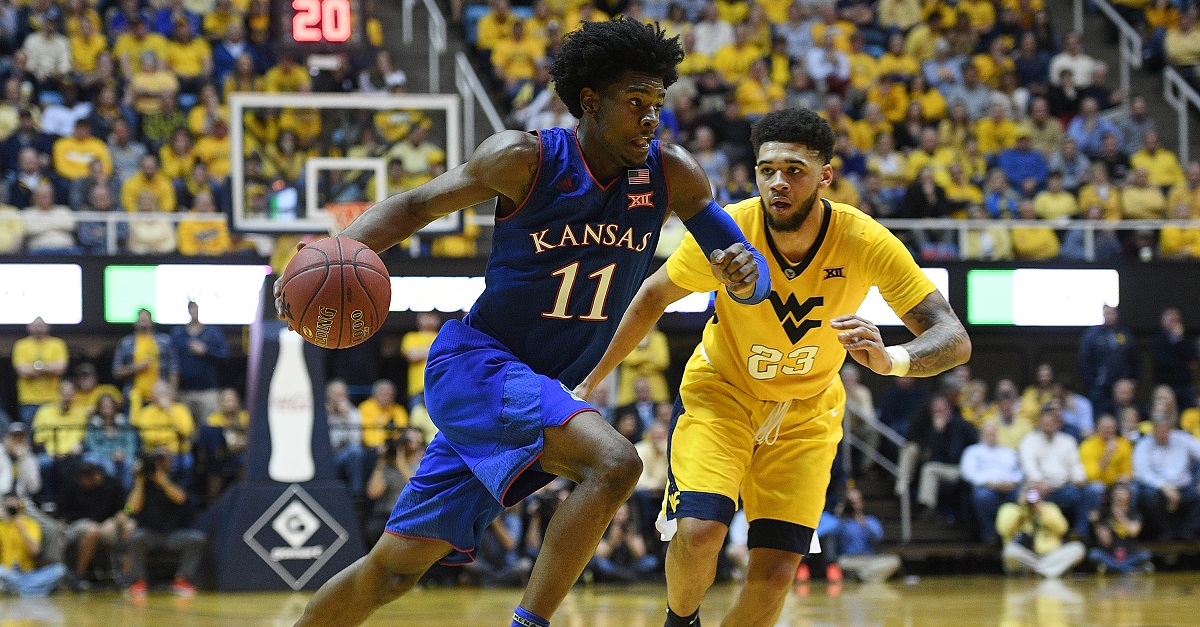 Kansas star freshman Josh Jackson was suspended by Bill Self and the Jayhawks after being charged with misdemeanor property damage in an incident in December, and a just-released affidavit alleges that Jackson threatened violence against a Kansas women’s basketball player that night.

Related: Potential top pick in the NBA Draft finds himself in trouble with the law

The affidavit, obtained by the Kansas City Star, alleges Jackson threatened to beat up Kansas women’s basketball player McKenzie Calvert outside the Yacht Club in Lawrence, Kansas on Dec. 9. Police say Jackson kicked Calvert’s car door and rear taillight, for which he was charged with misdemeanor property damage.

The affidavit details the events as described by Lawrence, Kansas police. In it, police say an altercation between Calvert and Jackson began at a party inside a bar and restaurant when Calvert threw a drink on Jackson?s teammate, Lagerald Vick.

Calvert told police that at one point Jackson, while in the parking lot, yelled for her to get out of the car ?and that he would beat her ass,? and banged on the driver?s window.

The affidavit says Jackson acknowledged, in a police interview, kicking the vehicle, but didn’t believe he caused any damage.  The car sustained about $3,000 worth of damages, according to the affidavit.

Jackson’s arraignment is scheduled for April 12. He was suspended for the Jayhawks’ Big 12 tournament opener against TCU, which Kansas lost.

Draft Express has Jackson going No. 3 in the upcoming draft.