This center could put Kansas over the top in 2016 class 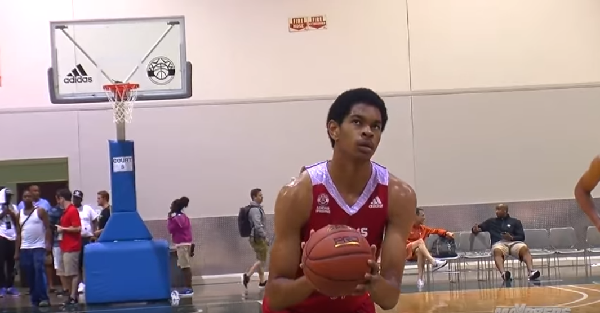 Kansas is still looking to add some frontcourt depth to its 2016 recruiting class despite having power forward Mitch Lightfoot and center Udoka Azubuike locked up. Coach Bill Self still has a shot at the top center in the class — at least according to ESPN — in Jarrett Allen.

CBS’ Jon Rothstein is reporting that Kansas has a legitimate chance to lock up Allen to give them a huge and difficult frontcourt to guard in the coming season.

Jarrett Allen would be an instant starter for Texas or Houston. And Kansas is Kansas. Not an easy decision to make. All three have a chance.

A big thing to remember regarding Jarrett Allen: he played AAU for two years with Houston PG Galen Robinson Jr. Could be a major factor.

Hopefully Kansas can seal the deal and shore up the 6’10”, 235-pound center out of Austin, Texas.