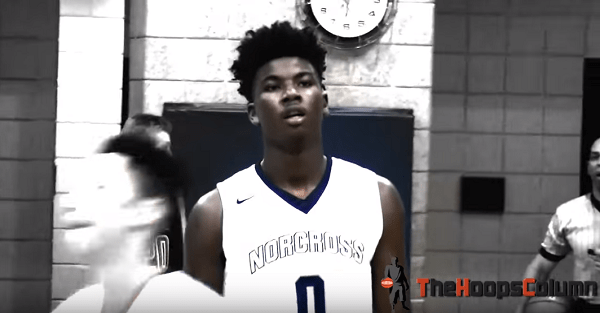 Rayshaun Hammonds is a 6’8″, 215-pound power forward in the class of 2017 who just dropped his top nine list. The rising senior had over 20 offers from schools, but has narrowed his choices down to some pretty interesting programs. He has Big East power UConn on there, but also has the hometown Georgia State Panthers.

Hammonds is from Norcross, Ga., which undoubtedly explains Georgia, GSU and Georgia Tech making this list. He also has Alabama on there, which might not make sense to some people, but coach Avery Johnson and his staff have been recruiting hard the past year and could become a power in the SEC sooner rather than later.

ESPN has Hammonds ranked as the No. 38 recruit in the country and No. 7 power foward in the class. He’s also the No. 4 recruit in the state of Georgia and he had offers from the likes of Florida, Virginia Tech, Auburn, Texas A&M and Stanford to name a few schools.