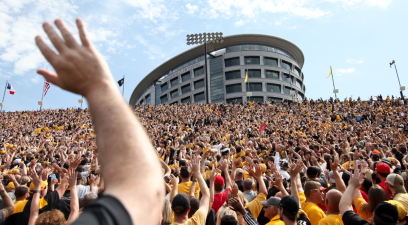 RELATED: Coach K’s thoughts on one-and-dones may surprise you

Kentucky’s Coach Cal is often criticized for recruiting players that will only be on campus for a year before declaring for the NBA Draft. There was another critic today in the form of former Indiana coach and current ESPN analyst Dan Dakich. He has always gone out of his way to criticize Kentucky’s methods and did so again on Twitter.

News that John Wall — a former Wildcat — cussed out his coach Randy reached his ears and he made sure to specifically mention two other Wildcats in his criticism of the NBA super point guard.

Naturally, this drew some ire from fans and they went at him on Twitter as well to not only defend those guys, but to take their shots at Dakich too.

@MoellerMD where did I say a word about "Cal"? The insecurity never stops

Dakich might not have mentioned Calipari specifically, but there’s no way around it. Dakich definitely was pointing a finger at him and the analyst trying to deflect those questions and call people insecure just shows the insecurity he feels. Wall is a stand up guy and has every right to be mad at a coach who hasn’t gotten the team to its peak playing ability for the five years he’s been there.

Maybe Dakich should just keep to himself and not talk about things he doesn’t have a full understanding of because that would save angry Twitter and Dakich a whole lot of time and frustration.