Nation’s No. 3 SDE Savion Jackson names schools working talking to him the most 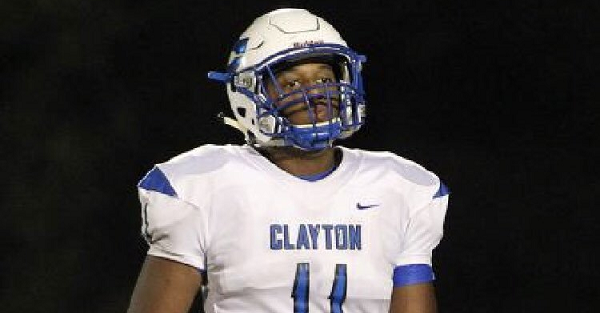 Four-star strong side defensive end Savion Jackson has a ton of schools pushing for him as he already has 18 offers to play football and will likely garner more once he goes to camps and his senior year gets started. However, five schools seem to be pushing for Jackson harder than the others as he told 247Sports.

?I?m just feeling everyone out, but I would probably say Oklahoma, N.C. State, Virginia Tech, South Carolina, Ohio State, that?s the schools I probably talk to the most,? Jackson said.

Those schools are all relatively close for the North Carolina native — except for maybe Oklahoma — and if they keep communicating like they are, you have to believe they all have a pretty good shot at landing him. The 6-foot-2, 245-pound defensive end is ranked as the No. 3 player at his position and the No. 2 player in the state according to the 247 Sports Composite rankings.