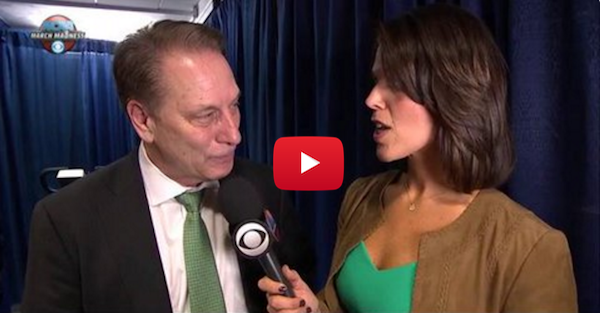 Michigan State was upset by Middle Tennessee State in the first round of the NCAA Tournament on Friday and that effectively ended senior Denzel Valentine’s career at MSU. Coach Tim Izzo was asked after the game how he intended to thank his versatile forward and he broke down thinking of what to say.

Izzo clearly loves his guys and it’s nice to see coaches get personal and show some emotion every once in awhile. Hopefully Valentine can turn those NCAA triple-doubles into some NBA triple-doubles like his buddy Draymond Green did.