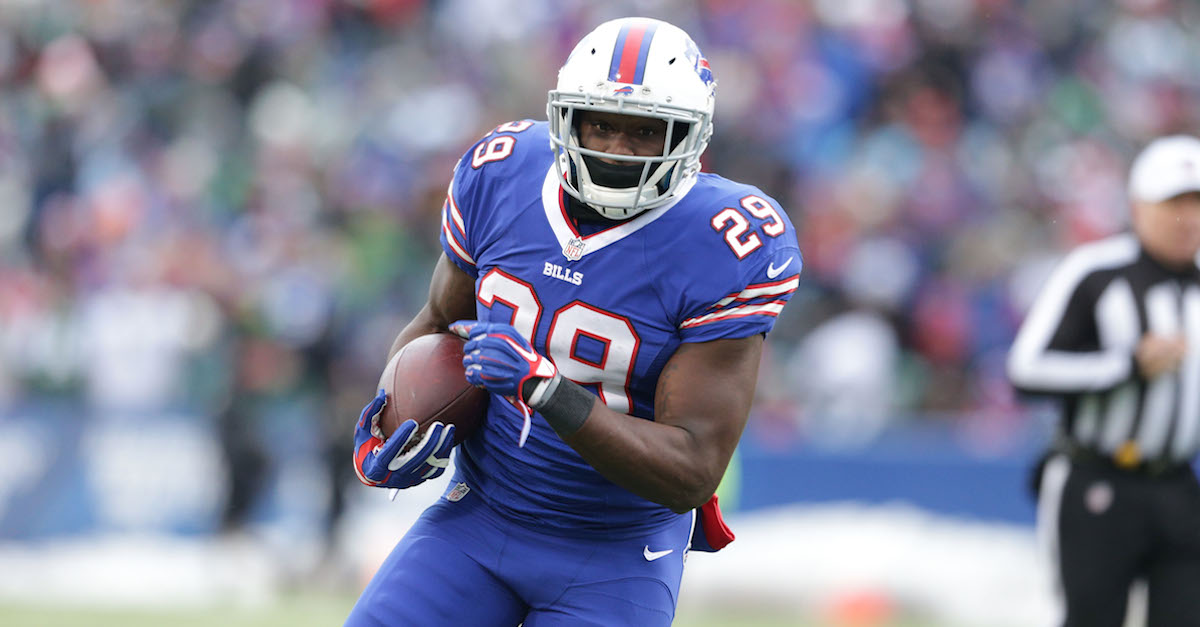 ORCHARD PARK, NY - JANUARY 03: Karlos Williams #29 of the Buffalo Bills runs against the New York Jets during the first half at Ralph Wilson Stadium on January 3, 2016 in Orchard Park, New York. (Photo by Brett Carlsen/Getty Images)

The Buffalo Bills got some bad news on Friday, with the NFL announcing some news about one of their running backs. The NFL informed the Bills Friday that running back Karlos Williams would be suspended four games without pay for violating the league’s substance abuse policy.

“As an organization, we are disappointed that Karlos has put himself in this situation.” The Bills said in a statement per NFL.com. “Poor decisions such as this affect not only the individual, but the entire Bills organization. We will continue to work with Karlos through the various player programs we provide to assist him in making better decisions moving forward.”

Williams will still be able to participate in all offseason and preseason practices and games. He tied the team with the most touchdowns on the team last season in touchdowns with nine. Under the rules of the policy he will be allowed to practice with the club until the regular season begins.

He was drafted in the fifth round by Buffalo in the 2015 NFL Draft.