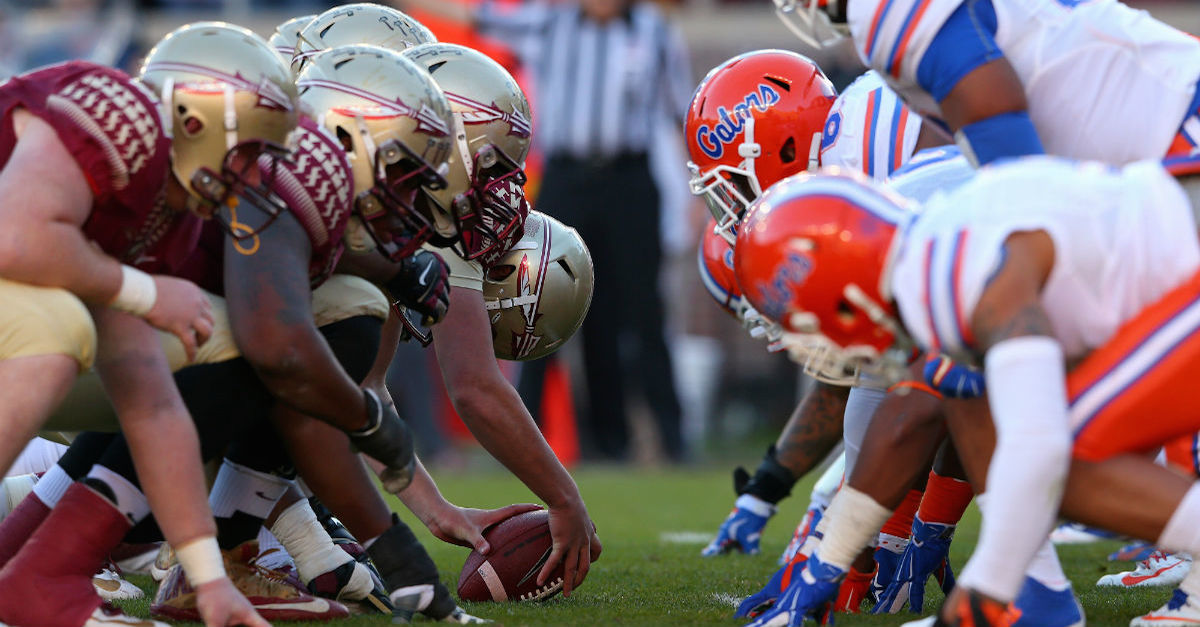 We are just about two weeks out from the start of the college football season, and with that comes time all sorts of predictions and opinions. The folks at CBS Sports decided to take it upon themselves to rank the best college football teams by state entering the 2016 season. The state of Florida, of course, was included. Staff writers Robby Kalland and Chip Patterson chose Florida State as the team with the best team in the Sunshine State. Here’s what they had to say putting the ‘Noles on top.

“Florida State remains the cream of the crop in Florida after beating Miami in a pretty competitive game last year and then giving up a jump shot to Florida, which might be more disrespectful than simply shutting a team out. The Noles are pretty loaded across the roster, and if they get solid quarterback play from young Deondre Francois, they could be a serious national title contender. They also get Clemson at home this year, which helps.”

Even with the news that Sean Maguire will be out 4-6 weeks due to foot surgery, it’s no surprise FSU got the top spot do to the wealth of talent the team has across both sides of the ball. Not to mention Francois isn’t a huge drop-off from Maguire, at least in terms of raw talent and potential . Click here to read the full CBS story, which includes all other of the 49 states.