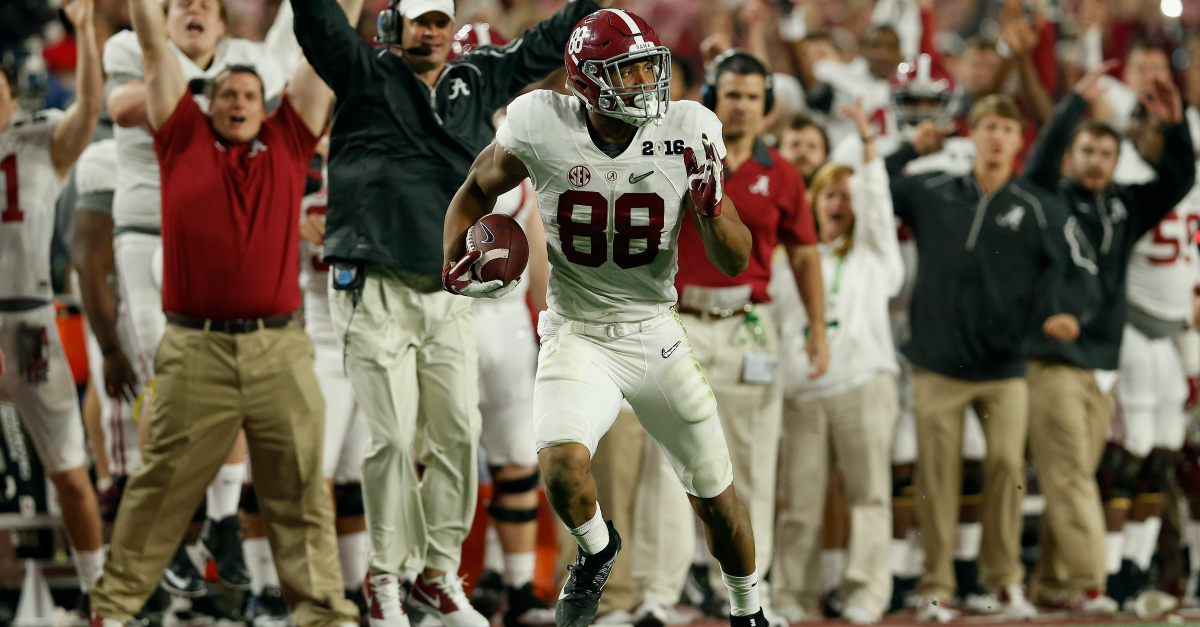 With the 2016 college football season still a few months away people are looking for any reason to rank teams, coaches, you name it. College football expert Phil Steele decided it was time to rank different skill groups going into the season and gave us this ranking for receiving corps.

Steele did give his top five running back groups in order though and there might be one or two surprises on this one.

Working on top RB units right now. Top 5 are LSU, Stanford, Oregon, Georgia and Florida St but a lot of talented RB's are back this year

LSU obviously has Leonard Fournette so that’s an advantage over anyone while FSU has Dalvin Cook who should be a Heisman candidate this year and Georgia has a pair of backs in Sony Michel and Nick Chubb that can do some serious damage. Christan McCaffrey returns for Stanford and Oregon always has a speedy back that puts fear into others teams so this top five is a pretty good one, even if some schools need to get swapped around.