Texas Football Is Back + 4 More Predictions for the CFB Season 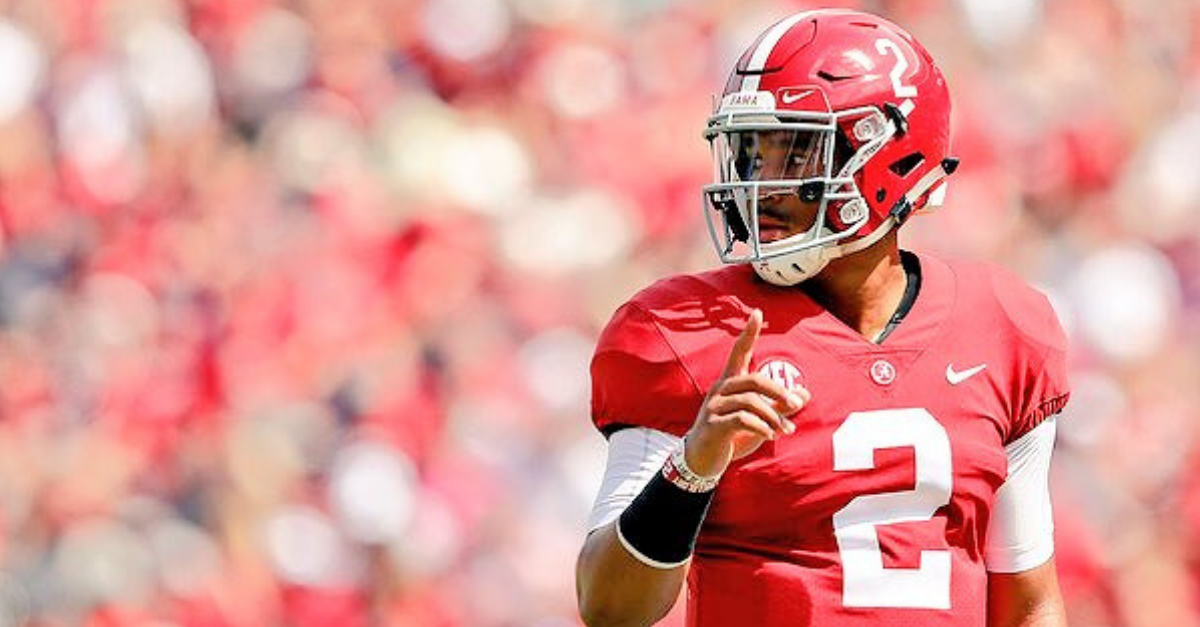 We are just over the halfway mark of the college football season. It’s hard to believe, right? We have seen so much over the last few weeks, some good and some bad, but it is never a dull moment when it comes to college football, that?s for sure.

Here are five takeaways we’ve learned so far watching the competition shape up this season.

Some fans around the SEC questioned if the sophomore was all that was promised, but he is more than deserving of the hype. With a 71-percent completion rate, almost 1800 yards passing and 21 touchdowns and 0 interceptions, yup, you could say he is the real deal and he is the leading Heisman candidate.

And just think, Tagovailoa has put up all these numbers and has yet to play in the fourth quarter of any game this year. I got a feeling however, that is about to change in November when Alabama visits LSU.

I think we can officially say Texas is back… maybe. After the first game of the season against Maryland, we wondered if Texas football was dead in the water and was never going to recover, but then the Longhorns got on a roll.

They first dominated and defeated USC, but you really couldn’t tell if they were back until Saturday, October 13. Defeating Oklahoma was a true sign that the Longhorns are ready to make some noise again on the college football scene, at least. They also may be the only hope the Big 12 will have to make the College Football Playoffs this year.

Outside of Clemson and maybe NC State, the ACC is terrible. Just look at the upsets that have taken place so far:

So yes, the ACC is bad, but at least they still have two undefeated teams in their conference. The Pac-12, however, doesn?t.

The Pac-12 maybe on the outside looking in when it comes to the playoffs again. They had a chance to make some noise if Washington defeated Auburn to begin the season. Of course, they lost and the conference has gone downhill ever since.

UCLA and Arizona have a combined overall record of 4-9 and both teams were expected to excel with their new coaching hires. Both, however, have been a disappointment. There is still hope for the Pac-12 with Oregon and Colorado holding only one loss each, but if both lose out, though, the Pac-12 could be dead in the water this year.

4. Yes, the SEC is more than just Alabama.

Related: Gus Malzahn: Auburn’s Offense Is a “Work in Progress”

Of course there is Alabama and everyone else, but unlike the other conferences this season, the SEC is as competitive as ever. LSU seems to be back and so is Florida, but the surprise of the conference are the 5-1 Kentucky Wildcats.

After Georgia?s loss to LSU, the SEC East is wide open with the Wildcats and Gators hot on the heels of the Bulldogs for the top spot in the East. The most disappointing team is the Auburn Tigers. Auburn was expected to contend for not only the SEC West, but for a spot in the College Football Playoffs, all of that went down the tubes when the Tigers lost to Tennessee.

5. The Big Ten will come down to Michigan and Ohio State.

It has been awhile since we?ve seen both the Wolverines and Buckeyes battle for the Big Ten, but it seems this season it may come down to the last game of the regular season to decide who will represent the conference in the College Football Playoffs.

Despite an early loss by Michigan at the beginning of the season, the Wolverines have come on strong this year and seem to be finally ready to take their place among the elite of college football once again.

The controversy surrounding Ohio State and their head coach Urban Meyer, hasn?t seem to affect their play at all as they chug along towards a showdown with Michigan in November. And now that Wisconsin and Penn State have basically eliminated themselves, this game may turn into the game of the year in college football.