CFP committee chairman explains why Texas A&M is No. 4 in first rankings of 2016 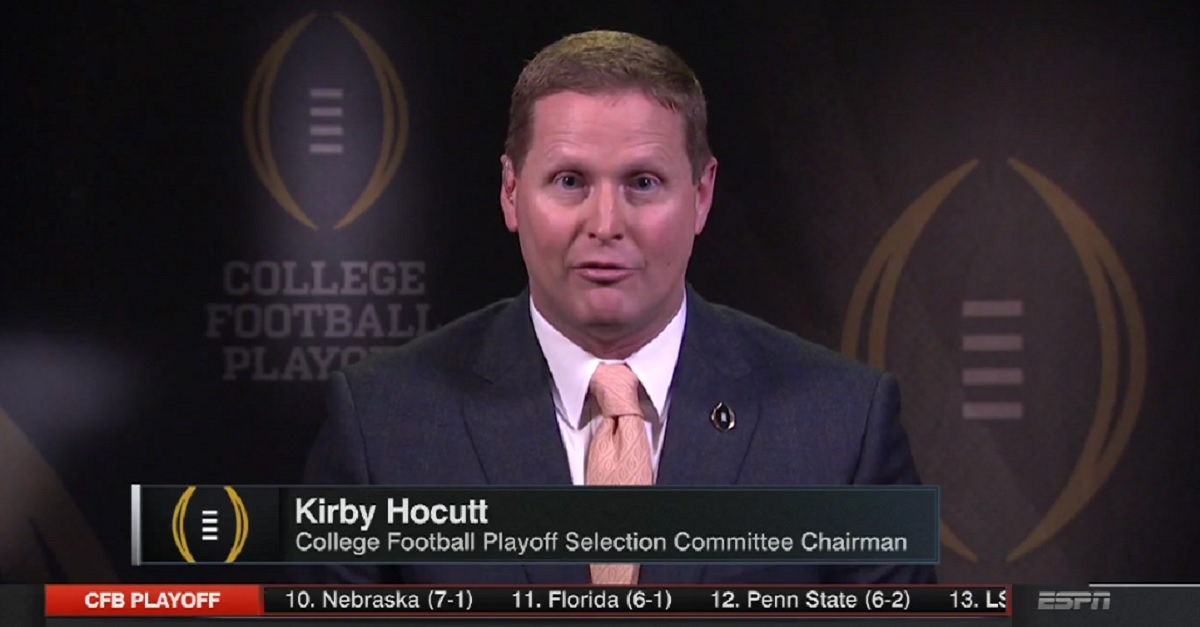 New Playoff chairman Kirby Hocutt had some explaining to do after the release of the first College Football Playoff rankings of 2016.

Texas A&M came in in the Top 4 in the first edition of the rankings, despite one loss on the season. Hocutt explained why A&M got the call over undefeated Washington, citing strength of schedule as a big reason.

RELATED: Here are the first College Football Playoff rankings of the 2016 season

Even though Washington is undefeated, it is a good point that a team like Texas A&M has played a better schedule so far into the season. As it stands now, you can make the case that A&M is more deserving that Washington, but that might not hold if Washington runs the table and wins the Pac-12 Championship.