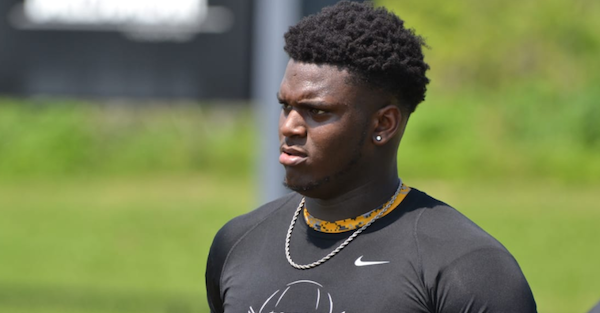 One of the top defensive tackles in the class of 2018, Dare Rosenthal, has made his decision as to where he’s going to play college football at: LSU.

Rosenthal is just the latest top-10 recruit in the state of Louisiana to stay home and commit to Ed Orgeron and the LSU Tigers.

“On Saturday afternoon, Ferriday defensive end Dare Rosenthal shut down his recruitment process and committed to the Tigers.”

“Rosenthal camped in Baton Rouge on Saturday for the team’s OL/DL camp, and he committed to head coach Ed Orgeron and area recruiter Dennis Johnson before leaving campus.”

Rosenthal is a monstrous 6’7″, 327-pound defensive tackle. Prior to committing to the Tigers, the Alabama Crimson Tide were also in play for Rosenthal’s commitment.

The commitment from Rosenthal puts LSU in the No. 1 spot in recruiting for the class of 2018 in the SEC.