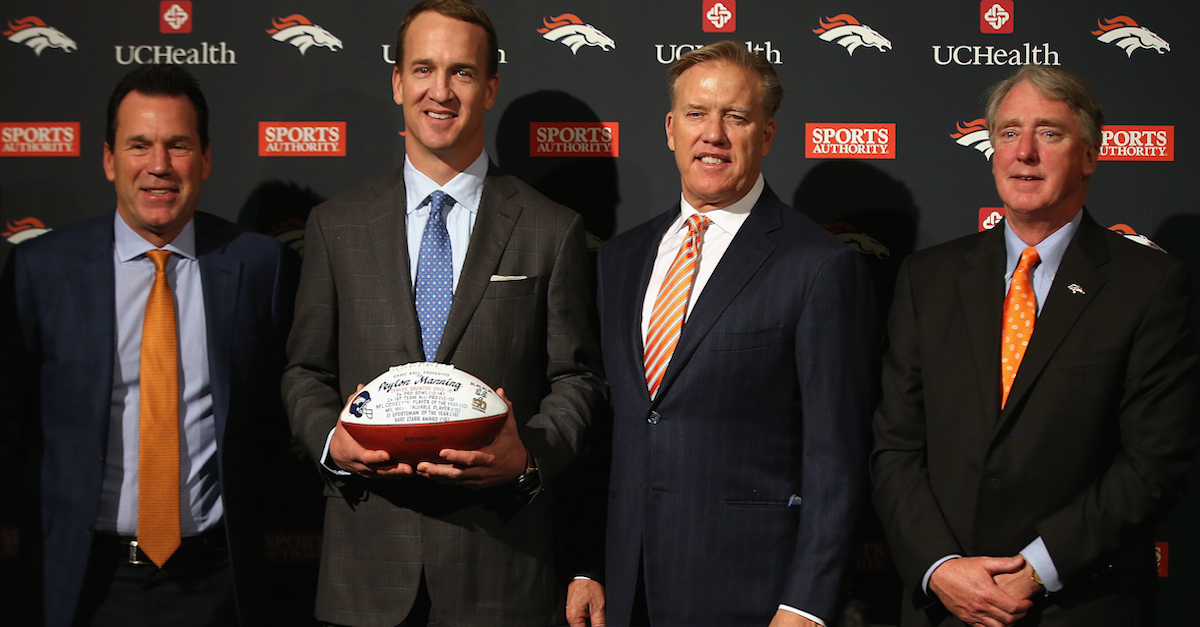 This is so hilariously amazing I don’t even know where to begin. The Denver Broncos, who have lost two quarterbacks in a week with Peyton Manning retiring and Brock Osweiler heading to the Houston Texans, have decided on who their next quarterback will be. On Friday, 9News in Denver reported that the Broncos acquired quarterback Mark Sanchez from Philadelphia for a conditional draft pick for 2017. Mike Klis first reported the news.

Sanchez, who has been with the Eagles since the 2014 season, played in just a total of four games last season behind quarterback Sam Bradford. Prior to the Eagles he essentially imploded with the New York Jets for four seasons until 2012. He will be remembered fondly in New York for this beautifully catastrophic butt fumble.

Congrats on your next quarterback, Denver.