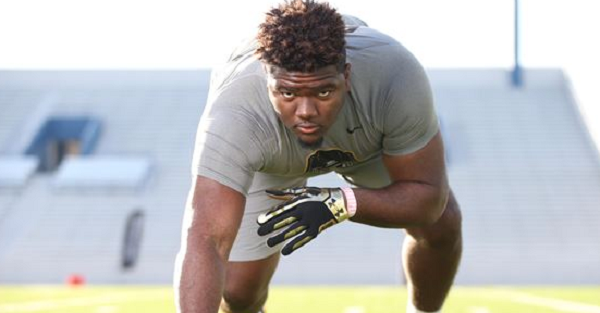 Marvin Wilson is the best uncommitted prospect in the 2017 recruiting class and all eyes will be on the dominant defensive tackle on National Signing Day. The 6-foot-4, 329-pound behemoth from Texas ranks as the No. 4 overall player in the country according to ESPN’s recruiting rankings and, with that, he is the only member of the top 10 that is without an “official” destination for his college career.

With that said, most people assume that Wilson is heading to LSU to play for Ed Orgeron, with a 69 percent projection according to 247’s Crystal Ball. Jeremy Crabtree of ESPN Insider disagrees, however, and the recruiting analyst is stepping out on a limb to project a Florida State commitment for Wilson.

The national consensus is that five-star defensive tackle Marvin Wilson will go to LSU, and it?s hard to discount the lure of the Bayou Bengals and Ed Orgeron to any top defensive lineman.

But Wilson, the fourth-ranked player in the ESPN 300, from Houston, will pull a signing day surprise and ink with Florida State, largely because of the recruiting abilities of Tim Brewster and Odell Haggins.

Brewster, the Noles? ace recruiter, has done very well over the years in Houston, and Wilson would be Brewster?s biggest get since he convinced Vince Young to come to Texas when he was an assistant in Austin.

This would be a huge win for Jimbo Fisher and his staff, as Wilson would join RB Cam Akers, DE Joshua Kaindoh and ATH Khalan Laborn as the fourth five-star prospect for the Seminoles. Of course, this is only the opinion of one writer and should be taken with at least a slight grain of salt, but that won’t stop the Florida State faithful from enjoying themselves with this as the backdrop.

Marvin Wilson is going to make one college football coaching staff extremely happy on Tuesday and it just might be Florida State.