ESPN’s Adam Schefter gets bold, says one QB is “going to be the No. 1 pick” 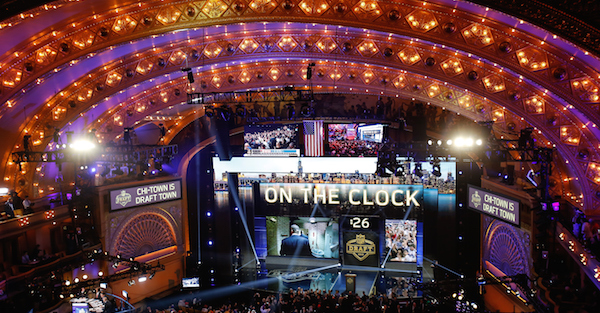 The 2017 NFL Draft is nearly here but nothing appears to be fully settled at this point. That is something of an outlier when compared to the recent past, especially from the quarterback position. However, ESPN’s Adam Schefter shed a bit of light on what he thinks will take place at the very top of the process and it includes a bold prediction for the No. 1 overall pick. (h/t 247Sports)

“My read on the situation is that Cleveland is more apt to just stay exactly where it is, at 1 and 12, that’s not to say that a trade can’t happen because the Browns will look at everything. I continue to hear that Mitchell Trubisky is square in consideration and may turn out to be the No. 1 pick. I know everybody thinks Myles Garrett is going to be the pick. I will not be surprised if that is the case tomorrow night but I have got very smart, very well-connected people telling me over the last 24 hours that Mitchell Trubisky is going to be the No. 1 pick.”

Texas A&M defensive end Myles Garrett is widely considered to be the top overall player in this class, but the Cleveland Browns famously have a need at quarterback that throws the decision into peril. North Carolina’s Mitchell Trubisky is the player that Schefter has centered on but Clemson’s Deshaun Watson is also highly regarded and the Browns have another pick coming at No. 12 overall.