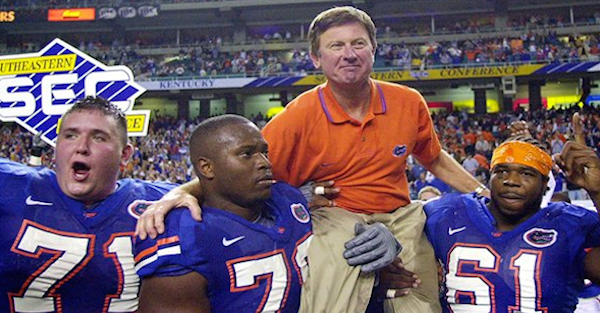 This is one way to honor the Head Ball Coach. Legendary former Florida Gators head coach and player retired from coaching last year, and one Florida fan decided to honor him permanently in a unique way. Richard Ward, a lifelong Florida fan from California on Twitter (@rich559) shared an image of a tattoo he got of Spurrier, and this thing looks almost like it’s a real picture. Check it out below.

OnlyGators.com spoke briefly with Ward, 32, who said he was a “born and raised die-hard fan” of Gators football, has neither been to Ben Hill Griffin Stadium nor seen Florida play. “That’s my dream,” he said via OnlyGators. Maybe Jim McElwain sees his story and makes his dream come true with some tickets this fall.