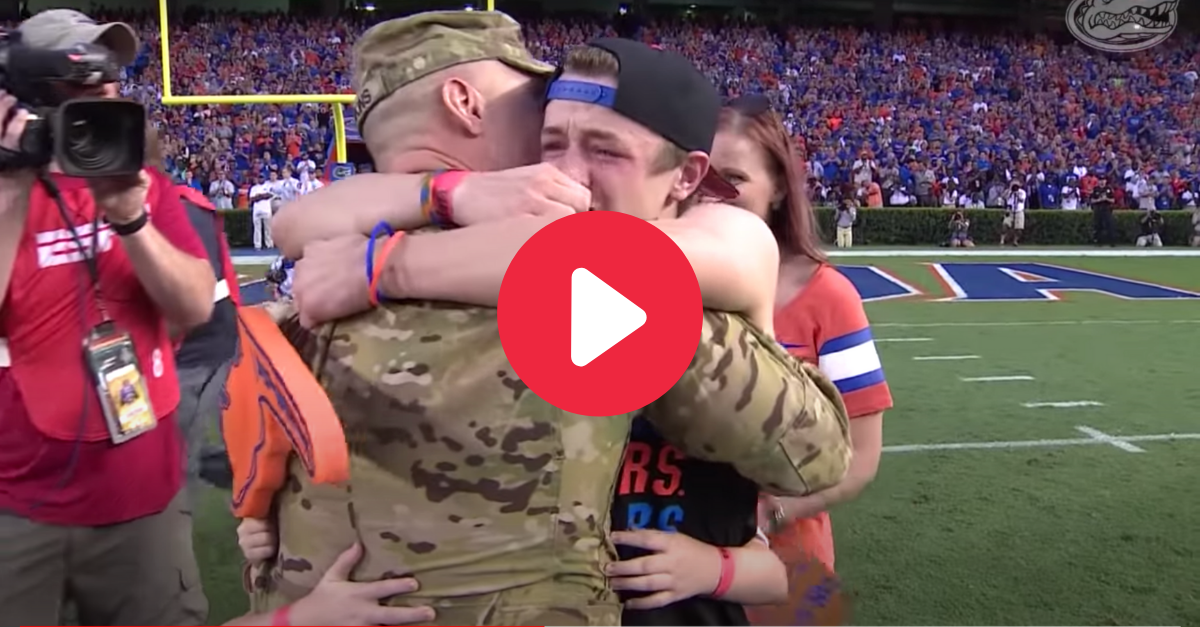 Is it dusty in here or something? The Denkins family got a special surprise during the Florida-Ole Miss football game in 2015, as their father, officer Christian Denkins, surprised his kids with a return home from his fifth tour in Afghanistan. Christian is a native of Gainesville, Florida. You can’t help but have tears come to your eyes as you watch his four children’s thrilled faces with the surprise.

I thought the best part was how they showed a video message from him first to make it seem like he was still overseas, and then he ran out in The Swamp for the surprise. This was a moment I’m sure the Denkins family will never forget.

That was during the 2015 Florida-Ole Miss game at Ben Hill Griffin Stadium. The No. 25 Gators handily defeated the No. 3 Rebels, 38-10, in a game that Will Grier announced his name to the college football world.

No play, touchdown or interception was greater than what took place at midfield when officer Denkins ran out to his family.

“I emailed coach [Jim McElwain] back in February about my second month in deployment. I told my wife. My kids had no idea,” he said.

The whole thing is pure emotion and elation that just never gets old. And when the kids cry, man, who’s cutting onions in here?

READ MORE: Did You Know These Athletes Are Military Veterans?